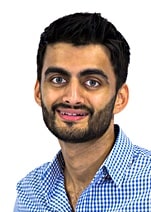 Amar Odedra is the Regional Director for Asia at Capria, leading the organization’s efforts in the region from its Singapore office. He brings end-to-end asset management experience, starting from a fund’s operational launch, its capital raise, deal origination, through to driving portfolio exit negotiations.

Amar was previously a Director at Wavemaker Partners, playing a key role in the successful launch of an oversubscribed Southeast Asia venture fund, one of the largest of its kind. Prior to that, Amar served as Commercial Director at Augentius, during which he worked closely with PE, VC and mezzanine fund managers across Asia and Europe, with the launch of their funds