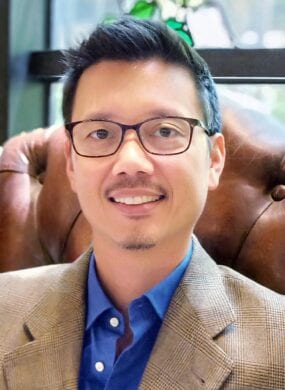 Kevin Teo is the Chief Operating Officer at AVPN. Prior to that, he was a Founding Partner of Volans, a Social Innovation company with offices in London and Singapore. Kevin was previously Head of East and Southeast Asia at the Schwab Foundation of Social Entrepreneurship and Global Leadership Fellow at the World Economic Forum. Prior to that, Kevin had a nine year stint in the enterprise software arena in Silicon Valley, Irvine and Austin. This included work at two Sequoia Capital startups that were acquired by Sun Microsystems and Symantec respectively.

Kevin is a Trustee of the Southeast Asian Service Leadership Network (SEALNet), a non-profit he co-founded in 2004. Kevin holds a Master of Gerontology from the Singapore University of Social Sciences, an MS in Information Networking from Carnegie Mellon University, and a BEng with Honors in Computing from Imperial College, London.

In his free time, Kevin can be found chauffeuring his 2 boys to their extra-curricula activities, mentoring Southeast Asian youth leaders or helping foreign domestic workers navigate employment rights and opportunities.