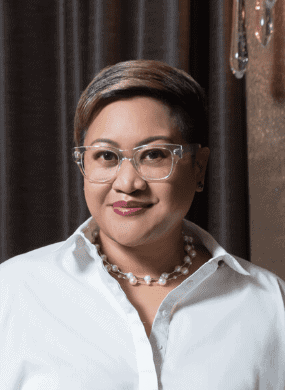 Over 20 years experience in marketing communications in both client and agency side, started out as a public relations in the tourism and hospitality industry before moving on to the creative and advertising world in 1996. In 2000 Lia helped global agency EURO RSCG to expand in Indonesia by opening the agency’s marketing services arm in 12 cities nationwide and became the youngest GM in the EURO RSCG network globally at that time. She then moved to Y&R/Wunderman as General Manager in 2005 in which the agency became the first Indonesia based agency to bring home Gold Cannes Award. In 2010, she became the Executive Director of Leo Burnett Indonesia.

Today, Lia is the Managing Director of FAB Group, Indonesia's largest and fastest growing creative enterprise, which she manages 16 agency and business expansion.

Brands that she has worked on, Nestle, P&G, Samsung, Telkomsel, Jenius, Panasonic, Volvo, Gudang Garam, and many more.

Born January 1972 in Sydney, Australia, Lia spent most of her childhood in Zurich, Frankfurt, and Singapore which she called her second home.

Today, she is happily married with one son, Raihan Raul.