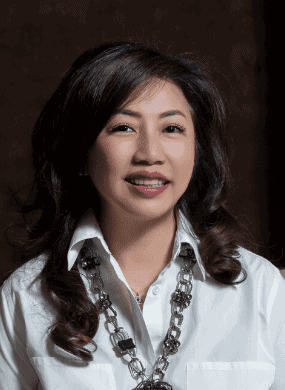 Lisa Luhur-Schad began her career in RCTI, the pioneer of Indonesian private television company. Over the years she expanded her portfolio covering not only television, but also print media. She was the President Director at Media Indonesia Daily from 2006- 2014 Currently her role as Chief CSR Officer of Media Group cover the whole social responsibility activities within the group and its business units, she is also the Secretary General of Sukma Foundation – an social organisation founded by Media Group to manage humanitarian aid for tsunami and other natural disaster victims which has raised hundreds of billions of Rupiah to transform the lives of displaced people across the Archipelago. In addition to this, Lisa is also the Chair of Media Group Foundation and the Chair of Kick Andy Foundation which has initiated many movements to support the marginalised people. KickAndy is a well known talk show host that has inspired millions in Indonesia through his weekly program.

While busy in her professional life, Mrs Luhur-Schad is also in advancing her education, including her participation in the IDEAS Fellowship Program, MIT-Sloan School of Management, Boston (Innovative Dynamic Education & Action for Sustainability). In 2010, Ms Luhur-Schad kindly accepted her role of as an international advisor to YCAB.