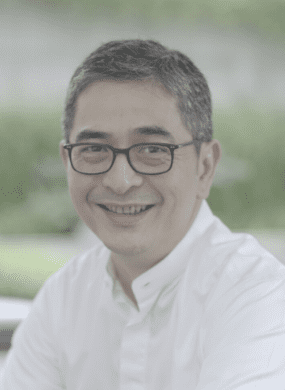 Arsjad is the President Director and CEO of Indika Energy Ltd. with a market capitalization of US$2.5 billion. Under his leadership, Indika became Indonesia’s first Global Growth Company awarded by the World Economic Forum. He was also appointed the Forum’s Young Global Leader in 2011. It was his passion in education and his love for the spirit of making a difference that brought him to join YCAB Foundation to help YCAB scale globally. Studied at University of Southern California, in Computer Engineering in 1990 and graduated from Pepperdine University, California with a Bachelor’s degree in Business Administration in 1993.

An alumnus of Harvard Kennedy School, on Global Leadership and Public Policy for the 21st Century program and at the NUS’ Lee Kuan Yew School of Public Policy in Singapore, both in 2012. In the years that followed, he also studied Impact Investing at Said Business School; University of Oxford and completed the Executive Education on Leadership and Decision Making in the 21st Century program at Yale University. Arsjad currently holds several authoritative positions; Deputy Chairman of the Indonesian Chamber of Commerce & Industry (Kadin), Commissioner of Kideco, PT Indika Energy Infrastructure and PT Rukun Raharja Tbk. He also holds positions as President Director of PT Indika Inti Corpindo and PT Indika Infrastruktur Investindo. He is the Chairman of Indika Foundation since 2017.