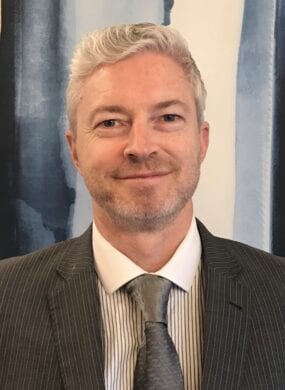 Mark is Head of Impact Strategy at Brightlight, an advisory firm that assists institutional investors, NGOs and governments in allocating capital to impact investments. Before taking over this role, Mark was the Founder & CEO of Business for Development - Inclusive Business Practitioners, an inclusive business consultancy for over 10 years.

Mark Ingram has also served as the New Zealand Consul General to Victoria and Trade Commissioner for Biotechnology from 2003 – 2007. During that period, Mark brokered the establishment of the Australia New Zealand Biotech Alliance, founded the New Zealand Victoria Business Group, and led the first official visit of the Victorian State Premier (Hon Steve Bracks) to New Zealand in over 50 years.

Prior to his diplomatic posting, Mark had worked for New Zealand Trade and Enterprise as an Export Consultant from 2001-2002, 7 years working in international trade with Anthony Marquet Ltd (1999 – 2001) as Trading Manager and with the large Japanese trading house Kanematsu Corporation (1994 – 1998) as Metals Division Assistant Manager.

Mark graduated from Auckland University with a Bachelor of Arts in Philosophy and Education and is currently undertaking a Master of Arts in Vocational Practice (MAVP) at Tabor College. Mark is a member of the Australian Institute of Company Directors, a member of the Advisory Committee for Human Security at La Trobe University and a Fellow of the Royal Society for the encouragement of Arts, Manufactures and Commerce (RSA) .