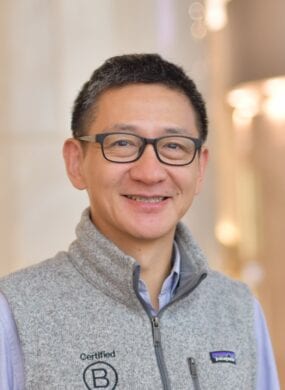 Ray has devoted himself to social entrepreneurship and impact investment movement in Taiwan since 2007. In 2007, Ray founded the first-ever SE research Initiative at Fu-Jen Catholic University. In 2014, he co-founded B Current Impact Investment Fund I with other 42 angels from Taiwan and Silicon Valley. Later in 2017, he helped launch Fund II co-founded by 16 institutional and individual investors. Up to mid-2019, with its co-investors, B Current has made over US10 million of new capital available to 12 social enterprises/B Corps focus on achieving SDGs.

Previously, Ray was a Partner at Andersen Business Consulting, Deloitte Consulting, and ABeam Consulting. One of Ray’s dreams is to foster the impact investing sector growing together with his now 12-year-old son, Jeremy.