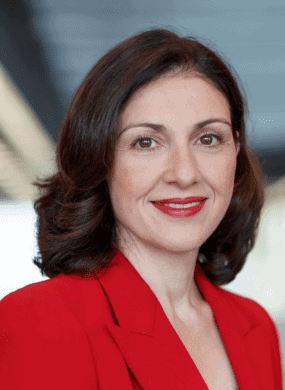 Sandra Breka was appointed to the Board of Management of the Robert Bosch Stiftung in September 2017. Her portfolio includes the foundation’s areas of support International Understanding and Cooperation, Active Citizenship , as well as the department Strategic Partnerships and Robert Bosch Academy. She furthermore supervises the Events and Operations at the Berlin Office.

Since joining the Robert Bosch Stiftung in 2001, she has been responsible for a wide range of programs, the establishment of the Robert Bosch Academy, the liaison with public and private partners in Berlin as well as the foundation’s Berlin Office, most recently as Senior Vice President since April 2013.

An expert in international relations as well as foreign and security policy, Sandra Breka previously served as Program Director at the Aspen Institute Berlin after an assignment with the American Council on Germany in New York. After studies in Germany, France and the United States, she obtained her M.A. at Columbia University in New York. She was a Yale World Fellow in 2008.