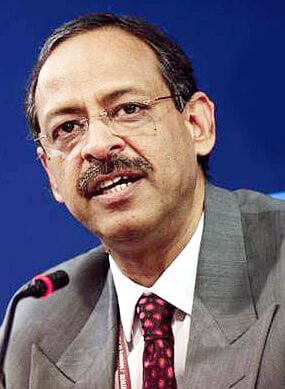 Before this assignment, in his capacity as Secretary, Ministry of Coal, he was instrumental in carrying out the auction of coal blocks that is likely to result in a revenue flow of around Rs. 3 Lakh Crore to the States. The initiatives taken by him resulted in record production of coal in the country. This production helped in tiding over the crisis created by coal shortages.

Shri Anil Swarup started his career in the Indian Administrative Service (IAS) in, 1981. His past assignments in various Ministries of the Government reflect his in-depth knowledge and experience in visualizing, conceptualizing, articulating and implementing various schemes.

Shri Swarup holds a Masters degree in Political Science from Allahabad University, where he was awarded the Chancellor’s Gold medal for the best all-round student. At the very beginning of his administrative career he was awarded the Best officer Award at Lal Bahadur Shastri National Academy of Administration amongst the officers of 1981 batch. As a strategic thinker and an innovative leader he has won several awards and nomination, the prominent ones being: Nominated as one of the “policy change agent” by The Economics Times during the years 2010, 2012, 2015 & 2016. He was selected as one of the 35 “Action Heroes” in India Today’s 35th Annual Edition.