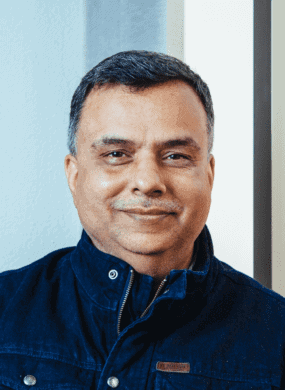 In 2001, Sudhir was recognized by Red Herring as one of the leading venture capitalists in the country. He has been named among the Top Ten IT Professionals by Dataquest and by Bloomberg UTV as ‘’Visionary Venture Capitalist” in 2011. Sudhir has been featured in Subroto Bagchi’s book ‘’Zen Garden – Conversations with Pathmakers’’, in 2014.

In addition to leading Chiratae Ventures India Advisors, Sudhir has served on EMPEA Venture Capital Council (Emerging Markets Private Equity Association). He has served as Advisor on the Technology Innovation and Productivity Council of the GMR Group. He also served on the Executive Committee of Indian Venture Capital Association (IVCA), Investment Committee of UTI Ventures, on the Board of Ascent Capital and on the Board of Advisors at N.S. Raghavan Centre for Entrepreneurship, IIM Bangalore. With over 30 years of experience Sudhir has served at various leadership positions at HCL, Wipro and Cyient, as well as Country Head of Walden International India.

Sudhir holds a B.Tech in Engineering and an MBA Degree from FMS, Delhi. His interests include wild life photography.