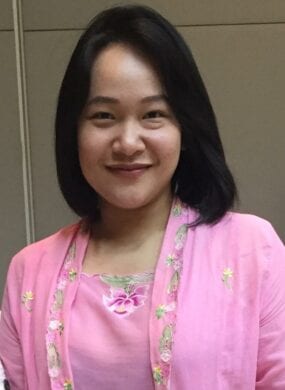 Sylvania is serving as AVPN Administrative Associate. Her role is to assist AVPN country operations and support the growth of the AVPN network in Indonesia.

She is a philanthropist who believes that once everyone has reached consensus to put the interest of others first, the world will have peace. She gives in herself in a voluntary work of natural disaster management, specially handling reconstruction. She also learns Farsi and its sub-languages to engage with refugees residing in Indonesia. Reiterating a well-known Indonesian philanthropist, Sylvania believes that none of us has the ability to do great things in this world but small things with great love, which she previously described as "small gesture of kindness".

Together with Indonesia Director and Indonesia Membership Associate, Sylvania services aim to support the social investment ecosystem across Asia, enabling to move more capital towards impact through the acceleration of SDGs implementation in Indonesia.