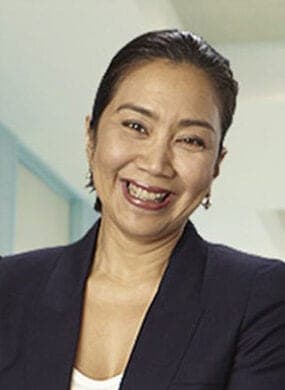 Watanan Petersik worked in the investment banking industry in Asia for over 20 years. She ran Thailand’s first equities research operation for TISCO, a local investment bank, in 1985, then did the same for James Capel in 1987. Watanan moved on to run the research/broking operations in Thailand for Jardine Fleming and then S.G. Warburg before transferring to Hong Kong to head up Warburg’s Asian equity capital markets desk in 1994. Watanan joined Goldman Sachs in 1996 in the investment banking division covering clients in SE Asia, Taiwan, and China, and retired from the firm in 2006. Her final position at Goldman was Chief of Staff for Asia ex-Japan.

Watanan is still involved in finance as a Senior Advisor for TPG Capital, the private equity firm, and also sits on the boards of CIMB Group Holdings Berhad in Malaysia and CIMBThai Bank in Bangkok. She is Chairman of the Remuneration and Nomination Committee at CIMBThai, and a member of the Audit Committee. Her other interests include building links between the business and social/civil society sectors. As part of this interest she was a founding member of ASN in Asia, a support group for Ashoka, the global association of social entrepreneurs. She is currently Chairman of the Advisory Board in Singapore. In 2010 she was on a Commission in Thailand tasked with drafting an initial proposal for a national policy for social enterprises in Thailand. The work of this Commission resulted in the establishment of the Thai Social Enterprise Office, located in the prime minister’s office. She has worked with social enterprises and social finance organisations in Thailand, including helping to look at establishing a regional presence in Singapore. Watanan is also a board Director of the Lien Centre for Social Innovation at Singapore Management University, and currently has board oversight for a research paper on social finance in Southeast Asia.

Watanan is a fellow of the Aspen Global Leadership Network,and is a senior moderator for the Aspen Institute, primarily in South Africa. She received her A.B. Degree from Bryn Mawr College and also studied at the Fletcher School of Law and Diplomacy. She is a Thai national who currently lives in Singapore with her Austrian husband and son.