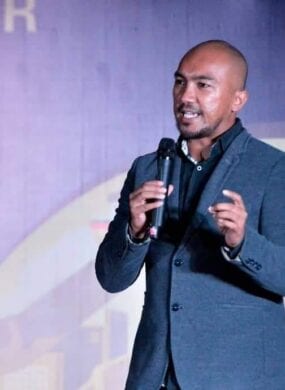 Zikry is arguably one of the most significant upcoming thought leaders in the social sector. His work with Incitement earned him a listing as Forbes 30 Under 30 Asia 2016, Top 100 World Visionary Leader 2016 alongside notable figures like Malala, and voted as Top 10 Malaysia's Most Innovative Entrepreneurs. Zikry's globe-trotting journey since birth makes him an extroverted, outspoken 3rd culture kid. He was missioned as a diplomat with ASEAN in Jakarta & was responsible in pushing the democratisation plan for the Myanmar elections in 2010. Zikry has also worked with multiple UN Agencies (UNHCR) and NGO’s in Jordan.

As a former thought leader at Mindvalley, Zikry founded The Incitement Movement in 2011 with former colleague Daniel de Gruijter, aimed at promoting volunteerism and social impact amongst youths. 5 years later, Incitement is now a social business and a thriving international community with establishments in over 46 countries, 100's of events, 1000's of volunteers, and despite its overarching social mission statement "spreading positivity" has managed to sustain a 400% year-on-year revenue growth. Zikry and his cofounders has now turned Incitement into a Social Tech Venture focussing on building technologies as an enabling tool for tangible impact, reporting, measuring and much more.

Zikry was an ex Radio DJ and also a former National Ice Hockey Player. Zikry is also highly active in giving motivational talks focussing primarily on tech for impact and empowerment tools in different cities globally addressing to the social entrepreneurship, young professional and university communities worldwide. He has spoken at large international conferences such as PODIM, Y.Elites, invited to World Economic Forum, Start:Up Ljubljana and Zagreb, TEDx events, and many more. He is a member of the Grand Jury for the United Nations World Summit Award (WSA) and the European Youth Awards.