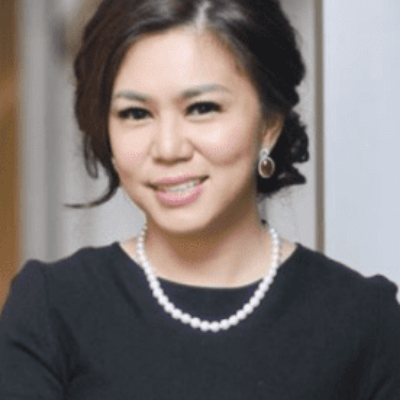 YCAB Foundation is the founding and flagship organisation in YCAB Social Enterprise Group that was established in 1999 by Veronica Colondam. With a mission to break the generational poverty cycle using financial inclusion as an instrument to enable education, YCAB under the leadership of Veronica has successfully impacted more than 3.4 million youth. Under her leadership, YCAB is ranked 32nd in the Top 100 NGOs World by NGOs Advisor in Geneva, in 2020.

YCAB continues to evolve into a global social enterprise piloting programs in five other countries namely Myanmar, Afghanistan, Pakistan, Uganda, Mongolia and Laos, and is ready to expand more in South East Asian region. YCAB received the UN-ECOSOC General Consultative Status in 2016. Veronica has authored several books on youth development and risky behavior. She is also the youngest recipient of the United Nation award called the UN-Vienna Civil Society Award (2001) and appointed as Young Global Leaders of the World Economic Forum (2006). She?s also the Fellow of Asia Society?s 21 Young Leaders (2007) and of Global Social Innovator Park Fellow (2008), Globe Asia?s Most Powerful Women in Indonesia (2007), and Channel News Asia Change Maker (2009) & Asian of the Year (2010). The winner of Ernst & Young Social Entrepreneur of the Year (2011) and Schwab Foundation?s Social Entrepreneur of 2012, her leadership brought YCAB to rank 32nd of Top 100 SPO/NGO by NGO Advisor (2020). In 2014, Forbes named her as 48 Asian Philanthropist and one of Ten Most Inspiring Women in Indonesia. With a degree in Mass Communications, she received her Master in Social Science from the Imperial College, London School of Hygiene & Tropical Medicine. Alumnus of the Global Leadership program at Harvard?s Kennedy School (2009); Leadership Lab at MIT; Social Entrepreneurship at INSEAD and Impact Investment, SAID Business School, Oxford. By 2020, YCAB aims to impact five million people and raise US$ 50 Mn in Impact Investment fund for its mission driven microfinance program where education is made pre requisite to the loan.