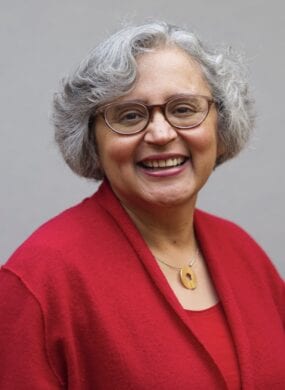 Some might see 100&Change as a peculiarly American enterprise – brash and a little loud: An award of US $100 million for the proposal that solves any problem anywhere in the world. Can this model translate well to other social challenges? To answer this, it may be useful to explain how 100&Change and other Lever for Change competitions are distinctive in the field of philanthropy.

Lever for Change competitions define specific criteria and a set of rules that govern how projects are evaluated. The rules, scoring criteria and names of the evaluators are public, which ensure transparency, fairness, and a level playing field.

For grant seekers, a competition imposes the burden of completing an application without the promise of funding. However, it also creates an opportunity to think creatively about what is possible, to reach audiences that might not otherwise be accessible and to receive constructive feedback from peers, experts, and program officers. Without the opportunity to dream freely and to dream big, grant seekers may never have the opportunity to fully articulate their bold ideas.

For donors, a competition enables greater discovery of compelling solutions to significant social challenges. It allows a donor to cast a wide net and benefit from rigorous third-party evaluations and philanthropic expertise from those reviewing the proposals. However, the donor must be willing to let applicants define the specific strategy for addressing a problem and must cede some decision-making to the wisdom of the process and a panel of independent voices.

78 Proposals from Asia for 100&Change

One distinctive feature of a Lever for Change competition is the award size: A donor must commit to a minimum award of US $10 million to be paid out over five years, though a longer payout or two US $5 million awards may be possible. The award size is typically the first thing that leads to questions about the appropriateness of a Lever for Change competition for donors who want to focus on community-based organizations. US $10 million is a big grant for any organization, anywhere, but the 78 100&Change proposals from Asia illustrate that there are organizations and collaboratives in Asia with bold, innovative ideas worthy of large investment. A few examples include:

These are just four examples selected from the diverse group of promising proposals that we received from Asia. Proposals were submitted from 36 countries in Asia, with NGOs from India submitting more than half of the proposals from Asia (Chart 1), and on a variety of domains, with education, health, and environment leading the field (Chart 2). Of the 755 total proposals submitted to 100&Change, 202 were focused on solving a problem in Asia. At the conclusion of the judging process for 100&Change in early 2020, we will make the top-scoring proposals available to interested funders.

A Lever for Change competition like 100&Change stimulates creativity and mobilizes a community to focus on solving problems at scale. It also encourages collaboration; nearly a third of the 100&Change submissions from Asia involved collaborations among two or more organizations.

Among the tools in the philanthropic toolbox, a competition may be the best tool for influencing the public’s perception of a problem and the possibility of solving it. Just as awards like the Yidan Prize and LUI Che Woo Prize celebrate and draw attention to excellence in specific fields of endeavor, a competition uplifts and draws attention to the compelling work of its top-scoring applicants. To be successful, a competition may need to be a little brash and a teeny bit loud.

Cecilia A. Conrad, Ph.D. is a Managing Director, Fellows program at the John D. and Catherine T. MacArthur Foundation and CEO of Lever for Change, a new initiative to unlock new philanthropic capital to tackle important social challenges.

Before joining the foundation in January 2013, Conrad had a distinguished career as both a professor and an administrator at Pomona College, Claremont, CA. She joined the economics faculty at Pomona College in 1995. She served as Associate Dean of the College (2004-2007), as Vice President for Academic Affairs and Dean of the College (2009-2012), and as Acting President (Fall 2012). From 2007-2009, she was interim Vice President and Dean of the Faculty at Scripps College.

Conrad's academic research focuses on the effects of race and gender on economic status and her work has appeared in both academic journals and nonacademic publications including The American Prospect and Black Enterprise. Her co-edited text, African Americans in the US Economy, was named a CHOICE Outstanding Academic Title in 2005. Conrad has also served on the faculties of Barnard College and Duke University, was an economist at the Federal Trade Commission and was a visiting scholar at The Joint Center for Political and Economic Studies.

Conrad was recognized as California’s Carnegie Professor of the Year in 2002, received the National Urban League’s Women of Power Award in 2008 and the National Economic Association’s Samuel Z. Westerfield award in 2018. She has honorary doctorates from Claremont Graduate University and the University of Massachusetts Dartmouth.

Dr. Conrad is a member of the board of trustees of Bryn Mawr College, The Poetry Foundation, the National Academy of Social Insurance and the Sylvia Bozeman and Rhonda Hughes EDGE Foundation. She received her B.A. degree from Wellesley College and her Ph.D. in economics from Stanford University.