A Global Award, an Illuminated Future 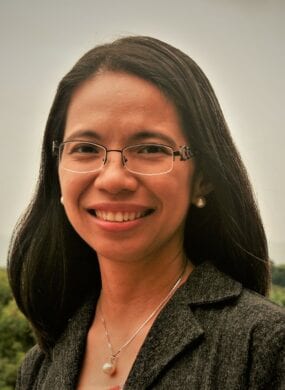 Sitting in his office in Hong Kong, the 45-year- old man, who was a core founder of Tencent Holdings, cuts a composed and confident figure. But as soon as he starts talking about education, he becomes very enthusiastic.

Education is perhaps not the typical topic of interest for a businessman. But then Chen is not your typical entrepreneur.

Over the past few years – and especially after stepping down as Tencent’s chief administration officer in 2013 – Chen has been increasingly involved in philanthropic activities, including investing RMB 2 billion (US$306 million) in Wuhan College, the first private non-profit university in central China. In recent years, he started to incorporate his vision on education in the college, with a view to exploring new possibilities.

Chen has also established, together with his Tencent partners, Tencent Charity Foundation, with the mission of funding non-profit groups’ projects that encompass everything from education to disaster relief.

Despite having achieved so much, Chen would not rest on his laurels. Of all the philanthropic causes, education is a field of interest closest to his heart. As part of the generation who grew up in China during 90s, he has always been aware of how education can change one’s life for the better, and it is this belief that forms the philosophical bedrock of his latest brainchild, Yidan Prize.

On May 22, Charles announced the launch of the Yidan Prize, to create a better world through education. The world’s largest education award of its kind in pecuniary terms, it aims to empower the change makers in education, build a global community of education leaders and, ultimately, create long-lasting, enlightening impacts on mankind as a whole.

The Yidan Prize is the embodiment of Chen’s dream, jotted in his bedside diary 3 years ago: “To establish a prize that goes beyond religion, race and nationality. Encourage reflections on the universe and contributions to humanity.”

Given on an annual basis, Yidan Prize reaches out to the world to recognize individuals with outstanding achievements in education research and development. An international judging panel formed by a respected team of independent and authoritative experts will review each entry according to rigorous criteria in order to identify the very best individuals.

This is a project that amounts to Chen’s most ambitious philanthropic endeavor thus far, not least because the prize intends to position itself as the most prestigious education award in the world.

“In my days as a student in China, university education was the key to opening a door that would alter one’s destiny. My grandmother was illiterate, but she believed strongly in education even though she didn’t articulate that in words. She managed to raise a son, my father, who made it to university and then went on to live a fairly pleasant life. She was an inspiration to me,” he says.

Yet the power of education goes beyond an individual level. It can also lead to positive changes to the world, as Chen has come closer to understanding over the years. “I’ve been reading a lot of books about Chinese literature, Confucianism, Buddhism and Taoism just to learn more about life. But what I’ve learned from these books is that education is of extreme importance to society, and we’re talking about not only institutional education but also family education, and education related to religions and faith,” he says.

“Meanwhile, over the past decades, our education system is designed to meet vocational needs. But we are heading into a future where everyone has to bring into play their skills and talent. We need an education system that is more individualized. We need to look at how to cope with the change.”

If all this sounds grandiose, that is because Chen is not a man who thinks small. He likes to keep a low profile and work patiently toward big goals.

After completing a bachelor’s degree in applied chemistry at Shenzhen University, Chen became a civil servant in Shenzhen and took a part-time master’s degree in economic law at Nanjing University. Yet not long afterwards, he joined four friends to launch a startup called Tencent.

“At the time my goal was to have my own business as I wanted more freedom at work. I didn’t care so much about the business nature as the opportunity for us five to do something together. If it was a bakery that they set up, I would have joined them!” he quipped.

Chen and his partners soon saw the startup grow by leaps and bounds, capitalizing on the rapid growth of China’s information technology. Today, Tencent is China’s internet giant and a publicly listed company in Hong Kong.

The idea of giving back to society is appealing to many, but executing it is another matter. Being in the money is often a prerequisite. For that, Chen is acutely aware of his luck.

“I grew up in a family that didn’t have to struggle to make ends meet, so I never thought about the meaning of money until I started working. Money is a very useful tool. I feel extremely lucky to have caught the fast train of the internet and have made some money that can more than satisfy my basic needs. Somehow the power that be decided to pass on these resources to me, but then the world’s resources go around from one place to another. They just happened to fall in my hand for a while, and I ought to put them to good use. I’m grateful to have the opportunity to do so,” he says.

As for Yidan Prize, Chen’s expectation is simple. “I hope this prize can be given every year and last for a long time. I’m not going to set a framework for its future direction. I’ll leave society to decide.”

Founded in 2016 by Charles Chen Yidan, Yidan Prize has a mission to create a better world through education. Yidan Prize consists of two awards: Yidan Prize for Education Research and Yidan Prize for Education Development. Yidan Prize Laureate receives a gold medal and a total sum of HK$30 million (US$3.9 million) including a cash prize of HK$15 million (US$1.9 million) and a project fund of HK$15 million. To ensure transparency and sustainability, the prize is managed by Yidan Prize Foundation and governed by an independent trust with an endowment of HK$2.5 billion (US$320 million). Through a series of initiatives, the prize serves to establish a platform that allows the global community to engage in conversation around education and to play a role in education philanthropy.

Agnes Arbon is Web Content Administrator at AVPN. She supports the Digital Transformation team in managing user profiles as well as providing technical support to the team and external users. She also supports the Deal Share Team in listing deals on the Deal Share Platform and collecting data for the DSP Newsletter. She also manages the AVPN annual conference registration.

Agnes graduated from University of Santo Tomas in Manila, Philippines with a degree of BS Mathematics Major in Computer Science.