Asia is increasingly becoming a hotbed of activity in the venture philanthropy and social investing space, with several social organisations either establishing or expanding their operations in Asia in recent months.

One of such organisations is Aspen Network of Development Entrepreneurs (ANDE). Jenny Everett, Associate Director at ANDE, believes it is “in part because as interesting programs, initiatives and businesses develop in the region, international organisations are seeing increased opportunity there.” 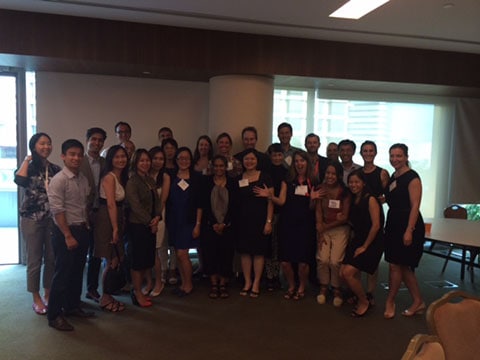 ANDE hosted its first Asian meeting on building ecosystems that support small and businesses in Singapore on the third day of AVPN’s conference in May. It is currently in the process of launching a new ANDE East and Southeast Asia chapter, which will be led initially by a volunteer steering committee, and subsequently, it will hire a staff member to manage local activity.

Locally based organisations that have been active on the global front are helping to draw attention to the potential of the region, she says, adding that as international organisations prove the models in Latin America, Africa and India, they are looking to scale and replicate.Another organisation that is making a foray into Asia is Pilotlight. Fiona Halton, Chief Executive of Pilotlight and founder of the Pilotlight model, is looking to take her model to other countries in Asia, following the enthusiasm she saw for the model in cities in which she joined AVPN for a roadshow in October 2013.

According to Fiona, Pilotlight chose Singapore to launch its Asian operations because it is a natural hub for both the business and the nonprofit world in Asia; because many of Pilotlight’s individual and corporate friends have bases in Singapore; and because Singapore has been “exceptionally welcoming and interested in the model”. There are plans to expand the model to other cities such Hong Kong and cities in India, Japan and South Korea, she says.

According to Fiona, Pilotlight’s expansion into Asia would not have happened were it not for the roadshow she did with AVPN and the inspiration it provided her. Additionally, she says: “Without the networks and support AVPN now provides, I would not be talking to you now and telling more people about our model!”

Another organization making huge strides in Asia is UnLtd, an organisation that supports social entrepreneurs, which first began operating in Asia in India in 2007, and now has a well-established presence in the country and plans to establish a national network of locally based and sustainable early stage social entrepreneur support strategies. It set up three years later in Thailand as a programme of ChangeFusion Thailand. 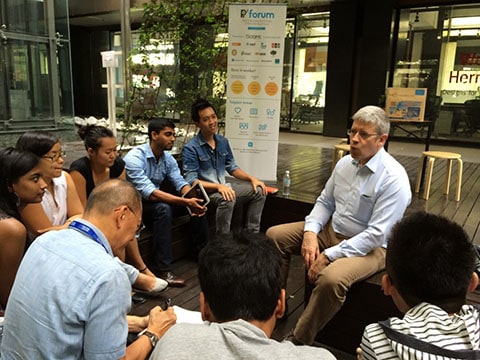 The last few months have seen the launch of UnLtd Hong Kong and UnLtd Malaysia and an UnLtd programme started by NPI in China. At the AVPN Conference in May, Cliff Prior also launched UnLtd Indonesia, while UnLtd Taiwan and Singapore are coming soon.

According to Cliff Prior, the chief executive at UnLtd, “in Asia, where economies are dynamic and societies are traditionally concerned about the improvement of livelihoods of the most vulnerable, social entrepreneurship is clearly seen as a solution and is spreading like a trend meant to last, especially when governments get involved and “compete” with each other.

Krisztina Tora, Global Social Entrepreneurship Network Developer at UnLtd, adds that this trend will continue, especially with the social enterprise sector increasingly improving in evaluating its positive impacts, showing that it creates more economic, social and environmental value than the traditional business sector, which can sometimes destroy value.

AVPN’s network has helped spread the word across Asia about news and projects in the social entrepreneurship sector and promote successful initiatives. But more importantly, it should become a bridge between the venture philanthropy and the social investment sector and the intermediary organisations supporting social entrepreneurs, according to Krisztina. For UnLtd, AVPN brokered several contacts for UnLtd, allowing UnLtd to expand the number of UnLtd Partners in Asia from 2 to 11.

Cliff says AVPN’s most important role is “perhaps to work side by side with the VPs and the social investors, educate them and make them understand the fundamental need to cultivate social entrepreneurs, to support them from the earliest stages, if they want to see a new breed of successful investable social entrepreneurs.”

Venture philanthropy and social investing may be at a nascent stage in Asia, but activity is increasing steadily. Singapore is increasingly becoming a destination of choice for organisations in the social sector and a cluster of organisations have set up their regional offices here. AVPN looks to work closely with organisations in the region and to support them by providing them with access to an ever growing network of stakeholders in the venture philanthropy space and a platform for engaging with one another.

Alfred Poon is Director of Digital Transformation of AVPN. He is a geek by nature, adman by passion, and holds a Masters in Nonprofit Communications from Indiana University. Alfred spends his time building communications infrastructure that brings people together. Prior to joining AVPN, Alfred has consulted for Social Purpose Organisations in over thirty countries, bringing his unconventional mix of nimble technology to enable data driven communications