Building Back Equal – The New Normal 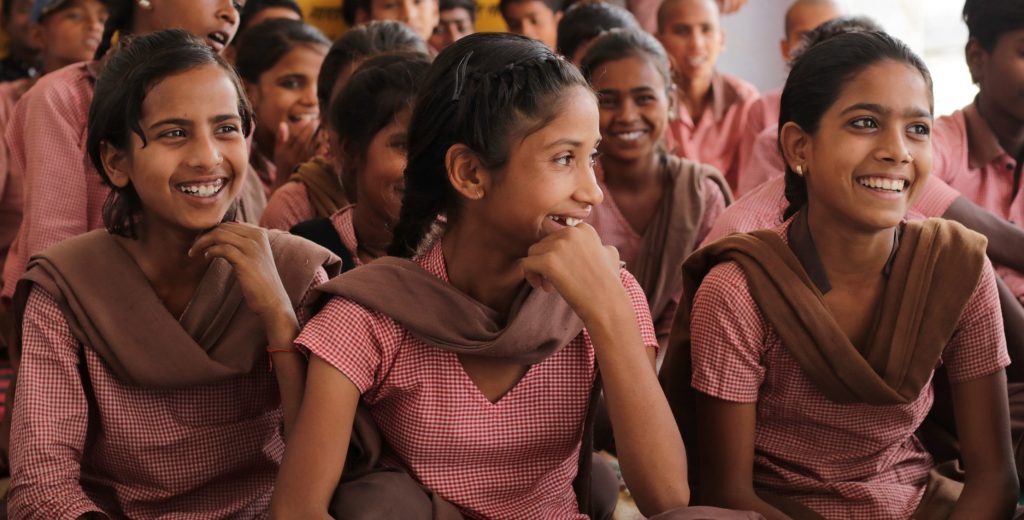 Just a month back, before the second wave of COVID-19 reared its ugly head in India, on my first field visit in a year to a small village in Uttar Pradesh, a young girl of 16 was narrating how the lockdown affected all of them in some ways. Rabia (name changed) was saying how her brother, the eldest male member of her family, would beat her, sometimes brutally, at any pretext almost every day during the lockdown. And how her mother would not say a word to the patriarchal family head. It was only when Rabia got her courage up, remembered her lessons from her Taaron ki Toli[1] classes and went and spoke to the village head who came and spoke to the brother, that the ordeal finally stopped.

Breakthrough’s gender equality curriculum across 1293 low-resource schools, builds curiosity among young adolescents from disadvantaged backgrounds, asks difficult questions around rigid norms, changes attitudes/behaviours while they are still malleable, teaches them negotiation skills and facilitates inter-gender and inter-generational conversations on difficult subjects. Through a deep transformation model, Breakthrough also builds leadership of older adolescents and young adults to transform themselves and others to become gender champions. It also focuses on changing social norms around the value of girls at the community level by engaging with adult stakeholders. We work with 520,000 adolescents, 3000 young adults, both boys and girls, across 12 districts in 4 states.

As India went into a severe lockdown mode last March, these young adults along with our community developers swung into action. They helped us trace and connect with the adolescents and youth in our programme in remote rural areas mainly through basic phones that their families owned. With their help, the community developers negotiated with the parents to permit phone time to the adolescents so we could connect with them regularly. We modified the contents of some of our chapters from the gender equity curriculum to suit a 25-minute session that could be conducted online – through WhatsApp group calling. Simultaneously, attempts were also made to deepen interactions with local governments at blocks and districts about domestic violence and early marriage during lockdown, on the need for ongoing services for adolescents, and on issues related to their mental well-being – here again the youth became our spokespersons, writing walls, sharing information, reaching out.

The leadership displayed by older adolescents and young adults during the pandemic shone through like a light at the end of the tunnel. When everything had literally come to a standstill, they provided a momentum, arranged food for families in their villages, made sanitary pads with discarded clothes for women when supplies ran out, organised ration cards for families that didn’t have them, reported cases of forced marriages, and stopped them. Their tremendous leadership and initiative in bringing succor and relief to their peers, families and communities while following all due precautions themselves, was remarkable. They proved to us time and again that when you talk about transformative gender norms, adolescents not only take it upon themselves to deepen the learning, their praxis influences their families, communities, and societies more often than not.

Gender Equality in at the Centre

As India reels under a severe second wave, the markers for adolescent girls and women from vulnerable communities continue to dip. To “Build Back Equal” we have to put gender equality at the heart of rebuilding- from teaching and learning environments to the active engagement of administration, communities and civil society. The new normal has to be driven by the voices of adolescents – girls, and also boys, as agents of change and the need to systemically and meaningfully integrate them in consultations and decision-making. It is only through collective, intergenerational and sustained action and investments that we can truly transform discriminatory social norms and build back equal.

The truth is violence against women and girls (VAWG) intersects with poverty, hunger, poor health and well-being, maternal death, poor education, climate change adaptation, energy and environmental burdens, economic hardships, and societal insecurity. As such, ending it cannot be separated from actions that help tackle these issues. While achieving gender equality would arguably enable and accelerate progress on all SDGs, evidence suggests that unless we end VAWG globally, we won’t achieve at least 11 of the 17 SDGs. In the runup to the next crucial 10 years to 2030, we want to make a case for violence being everybody’s problem and rally round organisations, governments, philanthropies and individuals to promise to end it as everybody’s mandate.

Leading an NPO through COVID-19: Lessons from Social Lens Consulting