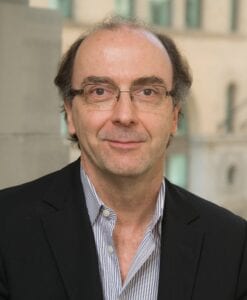 With philanthropic organisations tending to take a more focused and often more international outlook in recent years, the need for reliable data has grown in tandem – it enables foundations to plan and implement their projects more effectively, and helps avoid duplication of resources. Few people can claim more experience in this field than Bradford K Smith. Since 2008, he has been President of the Foundation Center, which is recognised as a leading source of information on philanthropy worldwide and also conducts research, education and training programmes designed to advance knowledge of philanthropy internationally. His work with the New York-based organisation and previous roles with the Oak Foundation and the Ford Foundation have involved him in philanthropic projects in more than 40 countries worldwide.

Brad Smith is a busy man as you can imagine, but we managed to catch up with him briefly before he boarded a flight to Seattle to seek his thoughts on how social issues affecting Asian cities differed from those elsewhere in the world, and the growing importance of technology in philanthropic projects today.

Q: What is your impression of some of the social issues facing cities in developing countries, compared with those in more industrialised economies?

Smith: The major issues that all big cities face today tend to be quite similar – they revolve around public health, safety and environmental issues like sanitation and safe drinking water. But what’s interesting about developing countries compared with industrialised economies is that their cities have become very densely populated in a short time, with large disparities in infrastructure. And unlike older cities which often have ageing infrastructure that is costly to upgrade, these developing cities can leapfrog directly to more modern technologies – for example advanced subway systems and the mainstream use of cellular communications.

Q: What about densely populated cities like Hong Kong? Any particular nuances there?

Smith: From my observations, the densely-concentrated cities in developing economies tend to have more vibrant city centres, unlike older cities where the population has often emptied out to the suburbs. They can be very lively and sophisticated in the centre, with poverty only seen on the periphery. Urban density presents both problems and opportunities. The main reason people are in the cities is access to employment and services, which is much easier to provide to densely-packed urban populations than very spread-out communities.

Q: What do you see as the unique role that data can play in the betterment of cities?

Smith: One thing we need to understand about philanthropy is that it’s largely – though not exclusively – an urban phenomenon. Urban philanthropy is one of the important, and growing, financial flows needed to improve cities around the world. But in most countries, far more is known about government programmes than about philanthropic efforts. It’s important to ensure that initiatives by different foundations complement each other and avoid duplication, which means having good access to data. If a foundation doesn’t have data available, it’s almost as if it doesn’t exist.

Q: How can we convince philanthropists to be more comfortable with giving out information, especially in Asia when many successful people prefer to be low-key and pragmatic in their giving?

Smith: I don’t think this is just an Asian phenomenon – philanthropists around the world generally profess modesty, humility and a low-key approach. But they all want to do good in the world and make a difference – and if you don’t share information on what you do, you may be unique in your own mind but you won’t be unique in reality. You need to understand where your work fits to avoid missing out on impact and scale, and to move from boutique philanthropy to making a real difference. The biggest case for sharing information is that it can help philanthropists be more effective and multiply the impact of their resources.

Q: How can the advancement of technology help in all this?

Smith: Regardless of how you might perceive transparency, it’s the way of the modern world. If we want to find information on anything nowadays we can Google it or we can find it through social media 24/7 – and each time we access information, we are also leaving a data trail. In the US, even the tax data of non-profits is now becoming available online, and you can expect this to spread to philanthropy. Technology makes it a lot easier for people to know about foundations. So it’s no longer really a question of whether you share information, but developing a strategy around it and deciding how you want to be seen.

Q: What would be your advice to foundation leaders who want to make more effective use of data?

Smith: Use your young staff! They are using data-sharing technologies in their daily lives and know how to make the best out of them. They also understand that you need to share data to access data. Some foundations try to go from zero to sixty overnight in data sharing, which puts an enormous burden on them. Before starting the process, you have to take time to decide what you really need to collect, share and access. The younger generation see foundations in a different way and don’t feel they have to subscribe to old ideas.

Q: On that subject, are we starting to see youth-generated philanthropic initiatives emerge outside foundations?

For more from Bradford K Smith, join us at Philanthropy for Better Cities Forum in Hong Kong from 22-23 September where he will lead one of the discussion sessions. Register now at www.citiesphilanthropy.com.

Convened by The Hong Kong Jockey Club Charities Trust, the Philanthropy for Better Cities Forum is the first philanthropy forum of its kind in the region focusing on metropolitan social issues. It will provide a platform for over 1,000 participants in the field of philanthropy, thought leaders and NGOs from around the world, especially in the Asia Pacific and Greater China region, to exchange views, facilitate cross-sector collaborations and cultivate long-term partnership and engagement, all in the hope of creating better cities.