Can We Shatter this Glass Ceiling that Holds Back Asian Growth and Equality? 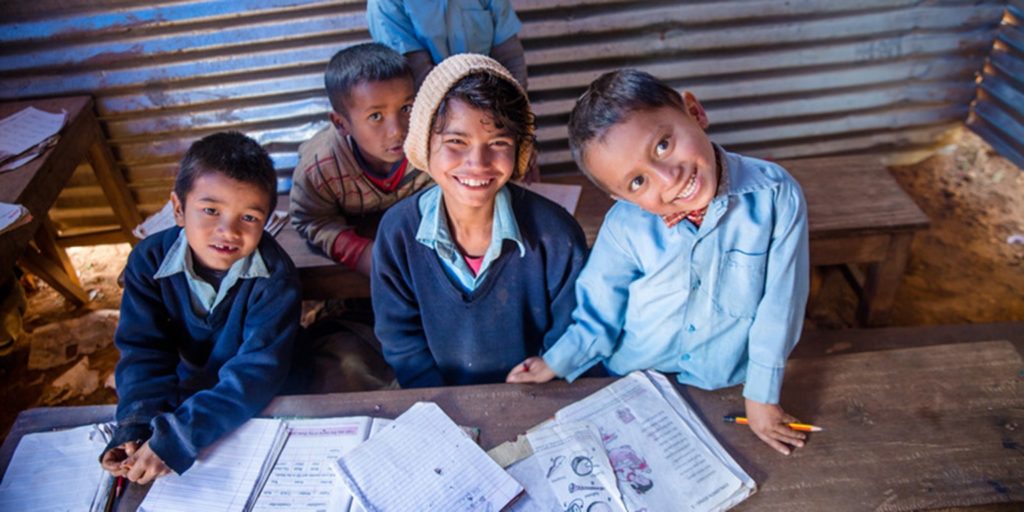 Traveling across the developing world over the last 30 years, I have met hundreds of parents who had dreams for their daughters.  To become a teacher, a doctor, to work in an office at a white-collar job.  They want their children to have a better life than they have had.  And when you ask them how, the answer is always the same.  Education.

One morning in the shadow of Machhapuchhare, Nepal’s famous 23,000 foot “Fishtail” Mountain, I met a girl called Prem.  Prem was only 14 years old, but already she had dreams of becoming a nurse.  She wanted to help people to not be sick, she wanted to make sure that children don’t die.  However, the huge cost of education put this dream out of reach. Prem’s mother worked 12 hours a day with her older daughter filling sandbags by the river for construction projects, but together they only make 1,000 rupees (US$12) a day.  Prem’s situation is, unfortunately, the rule rather than the exception.

Talent is Universal. Opportunity is Not

The Prems of the world not only lag behind the men, but also their sisters in the wealthiest countries.  While life is not perfect in Norway, the US or the UK, more than 40% of women are able to attend university.  Compare that to Tanzania (1.3%), Cambodia (2.5%), Bangladesh (10.9%) and Vietnam (13%), and two things are clear.  First, that the lottery of life still exists.  Second, that this is a glass ceiling that the world has for too long ignored.

Education pays dividend. Ten years ago, we provided funding for Prem to attend Kathmandu School of Medical Sciences.  She studied hard, got good grades and finished her degree in three years.  Today, she is working on the front lines of the battle against COVID-19.  She has helped two younger siblings to afford school fees, and she looks after her mother.  She is a prime example of the ripple effect that occurs when a young woman is granted an opportunity.

An educated woman is much more likely to delay marriage until they have a stable income.  They have fewer children, and are able to pass along their knowledge to the next generation.  Their children are also better off because women are more likely to share their dispensable income with the families, raising the overall living standard of their households, eventually lifting up future generations of their families. Harvard Business Review indicates that when a girl earns income, she invests 90 percent of that income into her family – think food, shelter, health care, medicine and education.  The comparable statistic for men? 35 percent.

We’ve learned that from Cambodia to India to Vietnam, the benefits of their education do not stop at the family’s front door, as many of them choose careers that also benefit society – teachers, doctors, pharmacists, agronomists, entrepreneurs and even airline pilots.  The social ROI is off the charts when we help a young woman to run “the final mile” and complete a university degree.  And while finance is the principle barrier, admissions costs in developing markets pale in comparison to western institutions.

When developing and testing the funding model for U-Go, our scholarship funding platform, we researched and paid the cost of more than one hundred scholarships and found that we could send a girl to university for less than USD $800 per year. With this we can empower ambitious and promising young women in low-income countries, including Bangladesh, Cambodia, India, Indonesia, Pakistan, and Vietnam, to pursue higher education.

As Kathy Matsui and others have noted, women’s economic empowerment also upskills the wider community by professionalising the workforce, boosting productivity, increasing economic diversification and income equality, and creating a pipeline of talent to help companies and nations thrive. A report published by the Asian Development Bank predicts that closing the gender gap in the workforce could generate a 30% increase in per capita income in just one generation.

By tackling disproportional education rates between women and men, we can begin to address wider issues such as the existing earning gaps in low-income countries. For instance, women in Vietnam earn on average 3 million dong less per year than men, approximately one month’s income.

While Prem’s story did have a happy ending, the reality was that the entire encounter with Prem and her family was both random and reactive. It is time to de-randomize access to university for tens of thousands of promising and ambitious young women, and move from reactive to proactive.  Educating women creates far-reaching and long-lasting ripple effects for the family, community and entire nation state. Who is willing to pick up a hammer and shatter this glass ceiling?

For more information about U-Go and to learn how to get involved, please visit: https://ugouniversity.org/

(Mrs) Anne Patricia Sutanto is the VICE CEO of PT PT. Pan Brothers Tbk. Joined in 1997 and has played a vital role in turning the Company into Indonesia?s largest garment manufacturers, which makes apparel for international well-known brands and has approximately 37,000 employees across Indonesia.

Founder at Room to Read

John Wood is the Founder of Room to Read, an organization that believes World Change Starts with Educated Children.® Through its work, Room to Read has brought the lifelong gift of education to 16.6 million children in 16 countries. At age 35, John left his position as Director of Business Development for Microsoft’s Greater China region to found Room to Read. Seventeen years later, with over 30,000 schools and communities served, millions have been impacted by John’s decision to help a headmaster in Nepal fill his school’s library.

John’s award-winning memoir, Leaving Microsoft to Change the World recounts how he used the business acumen gained during his career in technology to develop one of the fastest-growing nonprofits in history. Publisher’s Weekly review described the book as “an infectiously inspiring read,” Amazon selected it as a Top Ten Business Narratives of 2006, and Hudson Booksellers voted it a Top Ten Nonfiction title. Translated into 20 languages, Leaving Microsoft to Change the World was featured in hundreds of outlets including Bloomberg, CNBC, Fox News, MSNBC, the New York Times, Wall Street Journal, and the Oprah Winfrey Show.

Fund Resilience: Create Systemic Change by Working at the Nexus of Climate and Gender