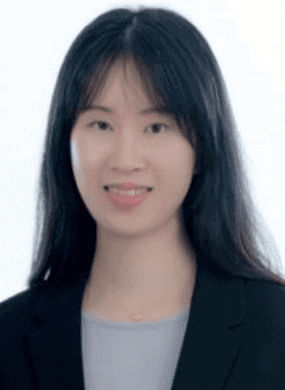 B Corp Certification and its Significance

Founded in 2006, B Corps is a global movement that involves for-profit companies as a force for good. B Corps-certified companies must meet stringent standards involving accountability, transparency, and socio-environmental performances.

From a technical perspective, B Corps certification’s processes are similar to LEED certification for green buildings. Other prominent examples include: coffee’s fair-trade certification and milk’s USDA certification. However, a key difference is that B Corps certification does not only assess one aspect of a company; it comprehensively assesses a company’s community involvement, environmental footprint, governance structure, worker engagement, etc. Hence, corporations have stepped up in ensuring that their respective missions and actions are on par with B Corps’ stringent standards. In so doing, this creates an environment in which all stakeholders have a sound and mutual understanding of each other. From a consumer’s perspective, confidence can thus be ensured when doing business with a B Corp-certified corporation. From a business perspective, confidence can be ensured that the actions and missions partaken are ones of positive contributions to the community and the greater good.

As B Corps is influential worldwide, over 50 nations across 130 unique industries, and more than 2000 of such certified corporations exist. Such industries include small and medium-sized enterprises (SMEs) to large multinational corporations. Significant examples of such corporations are Ben &amp; Jerry’s (ice cream) and Patagonia (sustainable outdoor clothing).

With 21 such companies in Taiwan from the agricultural to financial sectors (highest certification number in Asia), B Corps has been increasing its presence in Taiwan. For example, Taiwan was the first market in the Asia-Pacific to implement mandatory GRI G4 CSR Reporting from 2015 ( Taiwan Stock Exchange, 2015). However, while there has been much emphasis on corporate social responsibility (CSR), there has been a lack of conformity in assessing a
company’s CSR.

Thus, with closely-aligned missions, it is with great confidence that Fu Jen Catholic University’s College of Management will be collaborating with B Lab Taiwan to house a B Academy branch that will begin in February 2018, and was rooted from various ideas back in 2017, that has spurred this collaboration. . Spearheading this collaboration has been the College of Management’s Professor Michael T.S Lee, who is also Fu Jen’s Vice President of International Affairs. Previously, Professor Lee has been vital in bringing social entrepreneurship initiatives to Fu Jen. This collaboration is also well-supported by B Lab Taiwan’s Chairman Corey Lien.

The B Academy allows for deeper engagement between academia and B Corps-linked corporations. For students, the B Academy allows them to apply theories in practical situations. Examples include, but are not limited to, internship opportunities, CSR-centered education, and various consultative assistance plus engagements. For faculty members, the B Academy not only provides them access to curricular and pedagogical resources, such as a digital international research library, events, and workshops, but also greater international academic connections. For B Corps, this collaboration allows for more access to a deeper talent pool.

With Fu Jen and B Lab Taiwan together, we can create an enabling environment for students, mission-driven companies, and the social investment ecosystem. It is the way forward.

Having spent her formative years in Vancouver and San Francisco, Ariana Chang is currently based in Taipei. She is an Assistant Professor in the Business Administration Department at the Fu Jen Catholic University. She teaches business ethics, social entrepreneurship and fashion management. Her research interests include CSR and social entrepreneurship. Given her multidisciplinary approach to her studies, she is regularly invited for talks on CSR and ethical consumption.

Professor Chang also obtained M.Mus and B.Mus degrees from the University of British Columbia. In her spare time, she enjoys music and art history.