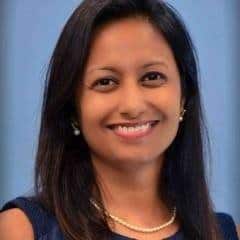 How do you look into the eyes of a child and tell him that he won’t live to celebrate his 5th birthday?

Launched on 1st June 2017 (International Children’s Day), the Stolen Childhood report is part of Save the Children’s ‘Every Last Child’ campaign to turn public attention towards the largely ignored millions of children deprived of their childhood The aim is to ensure all children have the right to childhood – a childhood where they are free to live, free to learn and free from harm, regardless of who they are and where they live by 2030.

Furthermore, the report ranks 172 countries according to levels of childhood erosion, thus ranging from countries with intact childhood to those with dire deprivation. 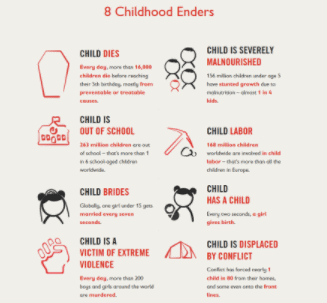 In Asia, there is still a lot more that needs to be done to lift excluded children from their bleak realities. To date, some of the most pressing childhood-related issues can be seen in the following statistics: 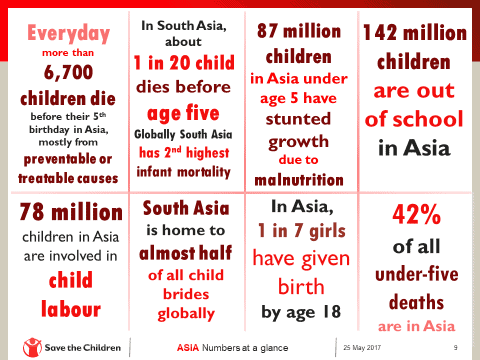 Such startling statistics have garnered the attention of Asian countries. India, with one of the poorest global index ranking of 116 in the global index, is lagging behind many of its neighbouring countries like Myanmar and Sri Lanka1, thus reflecting urgent threats to children living in India. As such, alerted countries are starting to take note of areas that require immediate attention, thus inspiring a movement to create lasting change in these children’s lives.

Save the Children Regional Director for Asia, Mike Novell reflected on how “there have been big gains for children in the last 25 years, but recent progress has often not reached those children who need it most – because of geography, gender, ethnicity, disability or because they are victims of conflict. With the Sustainable Development Goals in mind, we envision a future in which all children enjoy their rights to health, education and protection – in short, their right to childhood. This suggests that the issue of childhood is not a standalone one; it reveals an interconnected relationship with other sectors such as education, and healthcare.

Using this interconnected lens, Save the Children has collaborated with various organisations to target multiple aspects of childhood issues. IKEA Foundation has partnered Save the Children to prevent child labour in the supply chain, while improving education for disadvantaged children. Recognising that education is one of the best investments in children, the “Soft Toys for Education” campaign has reached 1 million children – either in ethnic minority groups or with disabilities – in 17 Asian and European countries since 2003 to 2015.

In 2016, IKEA Foundation also launched the “I Play, I Learn, and I am Safe” campaign to prevent unsafe migration of children in Bangladesh and Ethiopia by promoting protection, education, and play for children on the move.

Government support is crucial in creating a nurturing environment for children

A key barrier to Save the Children’s mission lies in an insufficient, inefficient, and unequal public investment in children. Therefore, there is an urgent need for Governmentspolicymakers to create an investment-friendly environment through enabling regulations and legislatives that increase investments in children so that all children have a chance at a full and complete childhood.

Leveraging the power of public platforms

In order to influence governments to increase investments in children across the 8 childhood enders, harnessing the influential power of the public voice and increase public engagement are crucial.

In this regard, Save the Children is organising a Global Petition to call on global leaders who are meeting at the UN General Assembly in August 2017 to increase investments in children. It is driving an urgent movement for countries in Asia to ensure that all children have the right to a full and complete childhood. 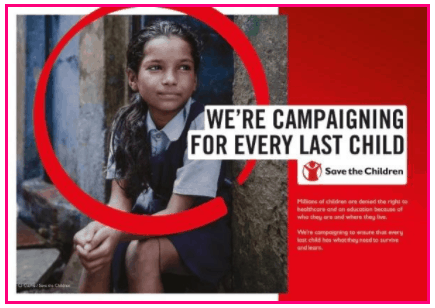 Save the Children will be speaking at the AVPN India Summit 2017 to discuss investment strategies into the education sector in India.