Europe Learns About Asian VP Scene at the 2015 EVPA Conference

The 2015 EVPA conference was held in picturesque and vibrant Madrid and attracted 520 participants from 44 countries. The programme was diverse: seven sessions ran parallel in the breakout sessions, there were two workshops on impact measurement and non-financial support and a couple of invite-only session on the intersection of corporate players and VP as well as matches between VP and PE/VC and four parallel pitching session. Together with numerous networking breaks, one speed-dating event and the networking dinner, this made for an intense 1 ½ day schedule. 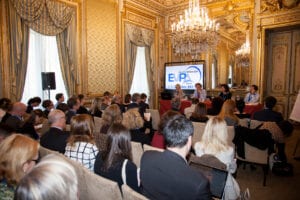 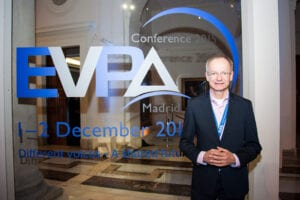 AVPN was represented by five board and staff members: the founder and chairman Doug Miller, director of AVPN Andrew Muirhead, AVPN’s CEO Naina Subberwal Batra, the Managing Director of the Knowledge Centre Kevin Teo and the Assistant Director of the Knowledge Centre Martina Mettgenberg-Lemiere. AVPN also moderated the session on “Asian Innovations in Venture Philanthropy” and spoke in the workshop on “Non-financial support models”. 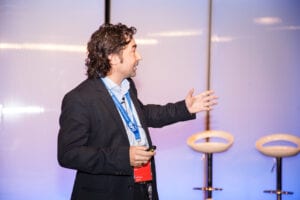 The session on “Asian Innovation” moderated by Naina Subberwal Batra provided insights from Nippon Foundation’s Deputy Director Shiuchi Ohno and EdelGive Foundation’s CEO Vidya Shah. Between the three speakers and with the questions from the audience, the session sketched insights from China, India, Japan, Vietnam and Myanmar to outline how traditional grantmaking foundations were making the shift to venture philanthropy in order to create greater impact in a nascent yet diverse market like Asia. Very positive session feedback was received in terms of how the audience found the real life examples to be very refreshing and the challenges identifiable. 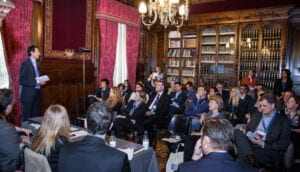