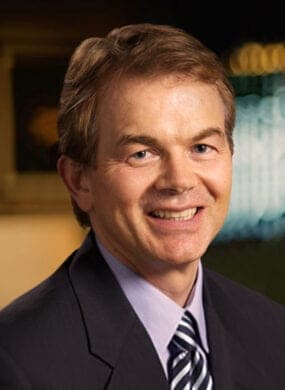 This article was originally featured on The Chronicle of Philanthropy here.

Are today’s global-development philanthropists the equivalent of Wall Street day traders in a world that needs more patient capital?

As foundations like ours seek to expand the reach of our work, we have pushed our grantees to “think big” and add zeros to their number of beneficiaries. But there are many paths to increasing impact, and not all deliver equal benefits.

Consider a program that builds low-cost housing for homeless families. Increasing funding so that the number of families benefiting from the program can increase 10-fold or even a 100-fold sounds good. And it is. But it is not durable change. It is fragile progress, forever dependent on those donors providing increased levels of funding to build more homes.

Instead, consider a more holistic solution that makes changes so institutions, relationships, functions, incentives, and norms can work better.

For affordable housing, that might mean going beyond building one subsidized house at a time. Instead, it would focus more on causes than on symptoms. This might entail changing government policies, enhancing government capacity, mending the broader real-estate marketplace, or some combination of these efforts and others to make housing more affordable and accessible. It requires broad partnerships that involve civil society, government, and corporate America, collaboratively tackling a complex problem. Such an approach provides a scale and durability that are unrivaled.

Fortunately, an increasing number of grant makers are recognizing the power of changing entire systems. And some of us are collaborating, through organizations like Co-Impact and others to provide the larger funding needed to engage in systems change and structurally tackle the world’s most stubborn challenges. That is a big step in the right direction.

However, foundations and other donors will also need to provide funding in a manner that is aligned with how systems change occurs. And systems change takes time.

After all, working with the government, community groups, and builders to change land-use regulations, overhaul public-housing policies, mend a housing marketplace, and tackle other causes of homelessness takes a lot more time than simply building low-cost houses for poor families (which in itself is no easy feat).

Given the longer timeline for systems-change work, how many grant makers are adjusting the terms of our grants to take this into consideration?

A report a few years back by Bridgespan found that the average duration of a grant made by big American foundations is less than 18 months (median amount was less than $50,000). And they wisely asked, “How many social problems can be solved with $50,000 over 18 months?”

Another recent Bridgespan report studied 15 success stories of large-scale social impact that involved changing systems, including efforts as diverse as the anti-apartheid movement and polio eradication. Success took a long time (and in the case of polio, we are not quite there yet). Ninety percent of the efforts took more than 20 years, with a median of 45 years.

How many of today’s foundations that are seeking large-scale social impact have the patience and persistence for such slow going?

In many ways, it is surprising that patient and persistent social investing isn’t discussed more; after all, few successful mainstream investors extol the benefits of short-term investing. John D. Rockefeller once said, “Giving is investing.” As even novice financial investors know, patient capital is a core financial investment principle.

In global development, where the most important social problems are complex and require structural change, we need to see fewer day traders and more long-term investors.

This doesn’t mean we grant makers need to give nonprofits blank checks and unlimited flexibility. It does mean, however, that we must adjust our timelines and that our persistence must match the size of our ambitions. If we want to help solve big problems, we can’t focus entirely on short-term goals. We can’t give up after experiencing a short-term setback. And we can’t stop funding organizations that are making progress just because they are no longer novel.

Consider a great example of systems change now underway in Mali. Earlier this year, Mali announced that it was launching a sweeping national health-care overhaul: a plan that would provide primary health care to all children under age 5 and to all pregnant women, as well as family-planning services. To connect communities, no matter how remote, with these services, Mali is investing in thousands of community health workers.

The plan is aimed at halting an epidemic of child and maternal deaths. The country’s under-5 mortality rate, at 115 per 1,000 — 16 times that of the United States — is one of the world’s highest. The lifetime risk of dying from pregnancy-related complications is one in 27, nearly 1,000 time higher than the risk in Greece.

The plan was also more than 15 years in the making, has overcome countless setbacks, and will take at least another four years to put in place. Muso, a nonprofit, is playing a catalytic role, piloting and testing the approach and advising the government and other stakeholders.

And yet, in terms of changing systems, this is the equivalent of the blink of an eye.

In my three decades at the land-rights organization Landesa, there was one lesson I learned early and often: that durable systemic change does not happen overnight.

Indeed, the impact of Landesa’s engagement with dedicated government officials around the globe to improve government policies or reshape institutions was best measured in 10-year increments. Our successes to help shape laws or restructure policies that provided benefits to millions often came after many, many years of not being able to point to a single person who had benefited from our work — not for lack of trying and not necessarily because we had the wrong approach. Simply because big changes that get to the root of a problem take time to identify, design, and implement.

One of the more meaningful grants Landesa received was a 10-year grant from Bill Gates Sr. and the Bill & Melinda Gates Foundation. A decade-long grant was virtually unheard of at global-development nonprofits at that time, and it gave us the breathing room and the time horizon that resulted in our ability to do work that made a big difference, contributing to several historic land-policy changes in China and India that strengthened land-property rights for tens of millions of poor women and men and helped change their trajectory and that of their entire country.

I recognize that few grant makers are prepared to move to 10-year grant cycles. But thinking in decade-long increments, communicating to nonprofits that we recognize true systems change will take a decade or longer, and sticking with organizations that are making progress on agreed milestones and metrics would be steps in the right direction.

This is a lesson I carry with me and share with fellow grant makers in my new work as Chandler Foundation CEO. As the investor and philanthropist Charlie Munger once said, “Waiting helps you as an investor, and a lot of people just can’t stand to wait. If you didn’t get the deferred-gratification gene, you’ve got to work very hard to overcome that.”

Tim Hanstad leads the Chandler Foundation as Chief Executive Officer. Prior to joining the Chandler Foundation, Tim co-founded Landesa, the world’s leading land rights organization, and led its growth from a two-person team to a Top-10 Global NGO with more than 20 offices around the world. He launched Landesa’s programs in China, the former Soviet Union, and India, where he lived for five years.

Tim is a Skoll Social Entrepreneur Awardee and Schwab Foundation Outstanding Social Entrepreneur. He has authored numerous books and articles on economic and social development. His work has appeared in the New York Times, Wall Street Journal, Washington Post, Financial Times, Stanford Social Innovation Review, and beyond. He holds two law degrees from the University of Washington and a bachelor’s degree from Seattle Pacific University.