How to Build an Effective Public Campaign: Addressing Climate Change through YellowSpots

A public toilet adequacy and accessibility survey indicates that the southern city of Bengaluru, India, is woefully short of 1100 Public Toilet complexes as per the Clean India Mission guidelines. And the lack of accessibility to these toilets is even more pronounced, with the city averaging 1 toilet every 24km. As a result, the usage of public toilets is low, given the lack of maintenance and upkeep.

This has caused rampant public urination in the city, which renders many footpaths in the city unusable. Furthermore, poor last-mile infrastructure has caused significant pedestrian fatalities. These problems have disrupted climate action measures, as greener alternatives to private transport become unappealing to citizens. Because of the unsanitary conditions and poor city infrastructure, many citizens avoid walking or taking public transportation for health and safety reasons.

However, despite government plans to mitigate these problems, they were unable to do so. Bengaluru, for example, battles twin problems of rapid urbanisation and a significant lack of capacities and resources in staffing, financing, and city planning, rendering them unable to meet all the suggestions from citizens on infrastructure improvements.

What we need, alongside policy reforms and national urban missions, is active citizen participation and collaboration with the local city governments. Only then can we address the infrastructure problems in focused, sustainable, and resilient ways.

Civil society organisations can also step in to facilitate public participation. The YellowSpots campaign is a good example as to how organisations can catalyse citizen collaboration to encourage positive change. 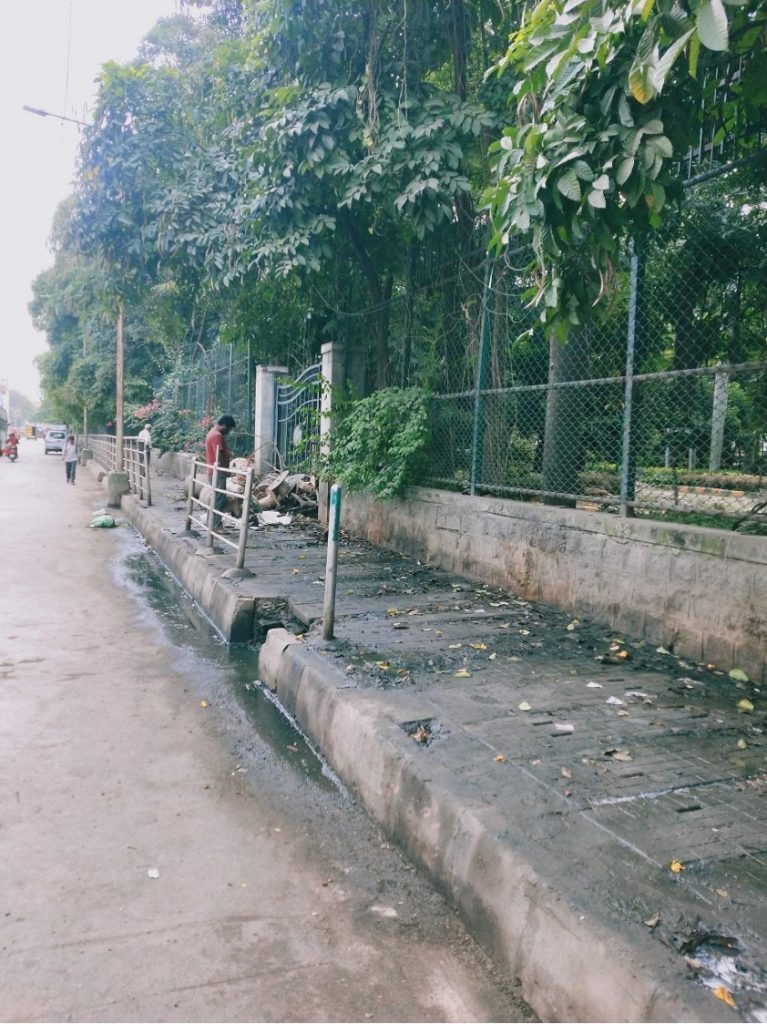 In December 2020, the YellowSpots campaign was launched in Bengaluru, in partnership with the city government. It focused on the twin objectives of eradicating public urination spots and improving pedestrian infrastructure to promote walkability and safe streets, which is also beneficial to the environment. The campaign also aimed to provide citizens with a voice in city budgets.

The importance of Climate Democracy

Climate Democracy refers to “efforts and initiatives where citizen participation is sought to gather inputs on city infrastructure, with a view to reduce carbon footprint and instill a responsive behaviour in citizens towards their actions for climate recovery”. Without climate democracy, it is difficult to achieve India’s climate actions plans, which includes the Intended Nationally Determined Contribution (INDC) and the National Clean Air Program.

By creating infrastructure that improves walkability, more citizens are encouraged to take non-motorised transport in local neighbourhoods. This is Climate Democracy taking place in real and tangible ways!

In the marathon to mitigate climate change, it is therefore imperative to ensure consistent awareness building and citizen participation in city budgets. Cities could incentivize public participation in climate-related initiatives, such as holding competitions to encourage climate-friendly transport like walking, taking public transport and cycling. There could also be initiatives targeted at citizens reporting on climate metrics and carbon footprints, and local campaigns to spread awareness on climate change.

We need to catalyse this process of citizen collaboration for cities. Given the resourcing and capacity challenges faced by cities and the slow process of systemic change on policy reforms that is underway, there is an urgent need for corporate and private sector leadership to invest in enabling citizen–government collaborations and civic technology interventions. There is certainly an appetite for active civic participation, as evident in the multiple participatory initiatives we successfully held this year. And across all cities, walkability has emerged amongst the top three priorities.

It is Yellowspots’ vision for every citizen, in every city and neighborhood, to engage in local civic matters with their city governments to improve the quality of life in our cities and towns. But we cannot achieve this alone. With collaboration from other organisations, we can work on this transformative agenda together to increase citizen participation in cities.

6 Expert Tips for the Social Entrepreneur

Policy-Making for an Impactful Social Economy: Where does Asia Stand?