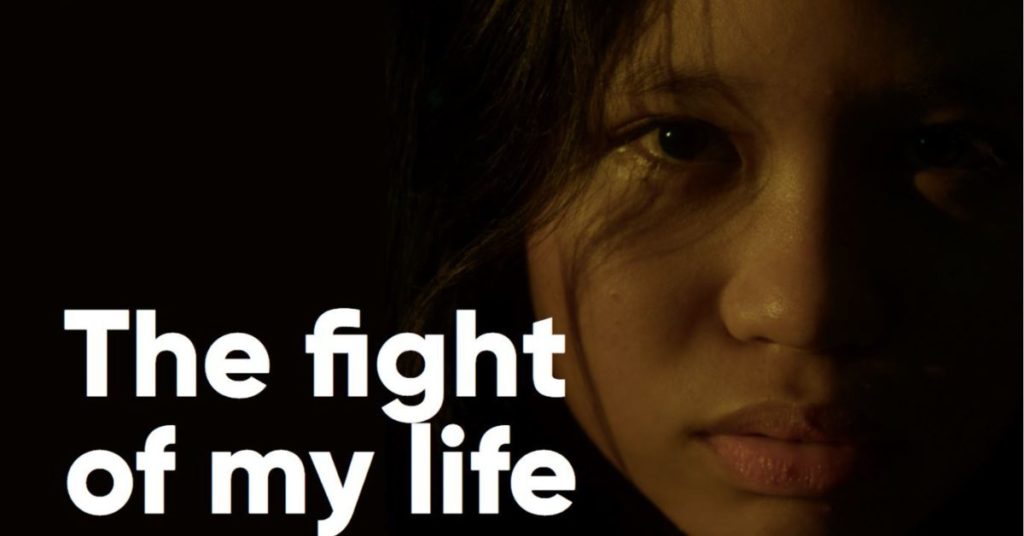 Did you know that today, abusers located anywhere in the world can exploit children without ever leaving their homes?

The United Nations estimates that at least 750,000 sexual predators are online at any given time. Around the world, predators in countries like the United States, Canada, Australia, and the United Kingdom pay to watch and direct the sexual abuse of children in real time, via livestream technology platforms.

The Philippines is a global hotspot for this crime with eight times more reported cases than any other country.* Cheap internet access, high levels of English-language proficiency, and financial disparity between foreign remote offenders and local traffickers are believed to be key factors driving the proliferation of the crime. COVID-19 lockdowns fueled the crime as sex offenders spent more time online. CyberTipline, U.S.’s centralized reporting system for such crimes, reported that this crime surged 67% in the Philippines in 2020. The median age of victims is just 11 years old.

This complex, cross-border crime is hosted on the very social media platforms many of us use every day. Predators from around the world livestream and direct the abuse of children – in real time – from the comfort of their homes. Local facilitators in the Philippines who have easy access to children carry out these abusive acts in exchange for money. But the abuse is anything but virtual, and its impact is deeply traumatizing for those victimized by this crime.

Since 2016, International Justice Mission (IJM) has focused our efforts on combating the online sexual exploitation of children in partnership with the Philippine Government and international law enforcement partners. Together, we have rescued almost 1,000 children and arrested over 350 suspects in the Philippines. IJM has seen that when violent offenders are held accountable for their crimes, the abuse of vulnerable victims is significantly reduced.

While there are no reliable estimates on how many children are trapped in the industry, there are many indicators that show this crime is on the rise; for example, cyber tipline reports are increasing exponentially year-on-year, not only in the Philippines but across Southeast Asia. This is truly an urgent global crime which requires a global response.

On September 5th, 2022, Sydney-based creative agency, Cadence Media will be releasing the first two episodes (out of six in total) of an independently produced podcast series entitled The Fight of My Life: Finding Ruby, a passion project made in collaboration with IJM. Finding Ruby journeys with Ruby (a pseudonym), through her traumatic experience in an online sex trafficking den, her eventual rescue, healing, and fight for justice.

“It was important for us to create an almost cinematic listening experience, to pull listeners alongside Ruby and on the journey through the highs and lows,” said Rich Thompson, Creative Director at Cadence

Using vast soundscapes and gripping first-hand accounts, the podcast takes listeners inside Ruby’s mind as she leaves her rural home – tricked by a fake job offer – and forced to endure seemingly endless hours in a dark world lit only by computer screens. Listeners travel with Ruby into the trafficking den until the day that Ruby and was freed. It continues with her long and difficult journey through recovery and restoration and the legal system. Finally, it ends with Ruby’s triumph as a vital voice in elevating this issue on a global stage.

“We wanted to use the stories of those around Ruby – the rescuers, the lawyers, the carers, the advocates – to demonstrate just how profound her story is,”said Evelyn Pingul, Director of Brand, Media and Communications, IJM Program Against Online Sexual Exploitation of Children.

Today, Ruby is a survivor leader in the Philippines, courageously lending her voice to the fight against online sexual exploitation of children as part of a growing global movement of survivors of violence facilitated by IJM.

The first two episodes of Finding Ruby – entitled ‘The Trick’ and ‘The Trap’ – are available on Spotify, Apple Podcasts, and Google Podcasts, with subsequent episodes released weekly.

Originally from America, Lydia has been living in Singapore for the past seven years. She holds an undergraduate degree in Social Work, a Masters in International Development, and has previously lived and worked in Moscow and London on issues related to forced migration and human trafficking.

While in London, Lydia provided policy support to a key anti-trafficking bill in the House of Lords and lobbied parliamentarians across the UK and EU to provide further protection for victims of labor and sex trafficking. In Asia, Lydia has consulted for local and international NGOs involved in the migration and trafficking sector, with a strong focus on foreign domestic workers. Since February 2019, Lydia has worked with International Justice Mission (IJM), a global anti-slavery organization which seeks to protect those in poverty from violence and exploitation by strengthening local public justice systems.