Innovating for the System: What Makes Educational Innovations Scalable? 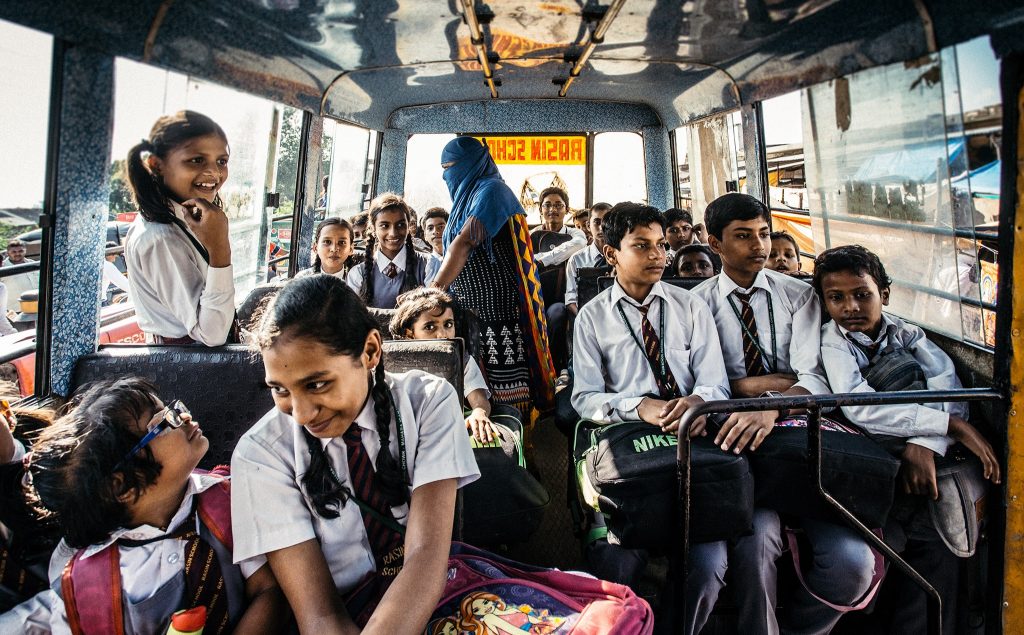 A version of this article first appeared in the India in Transition series, run by the Center for the Advanced Study of India at the University of Pennsylvania, on April 9, 2018.

India is reported to have approximately 15 mllion NGOs in the education sector. Combined with the proliferation of social enterprises in recent years, the space for non-government education innovations is rapidly becoming a network of cottage industries; interventions are often reinventing the wheel and successful practices are not being appropriately leveraged to address India’s learning crisis at scale.

Over the past year, however, India’s Ministry of Human Resource Development (HRD) has invested significant effort to identify NGO-led innovations around the country and create platforms for them to present to and engage with state education departments. HRD Secretary, Anil Swarup, traveled across states to identify innovative models and organized five national workshops to showcase such education innovations.

But, while a government leader’s backing is crucial, scaling is a complex undertaking that comes with fundamental questions, and the need to recognize that not all innovations are necessarily scalable. Through a study of a number of educational innovations, a few factors critical for innovations to be scalable include—demonstrated impact, cost-effectiveness, and the ability to work with the existing system.

At the outset though, the definition of “scaling” itself must be clarified. Key here is the question of what should be scaled—an intervention as a whole or some critical components. The Millions Learning report, studying a multitude of case studies from around the world, concludes that the process of scale requires that a balance be struck between the non-negotiable elements that are imperative to the success of a program and must be replicated, and the other elements that can be adapted per the specific requirements of individual contexts.

This portends the need for rigorous impact metrics or proof of concept, and the ability to disaggregate the outcomes generated by an intervention’s myriad elements. While most innovations report their reach, information on their outcomes is seldom available. This, though, is linked to a larger systemic challenge—the absence of universal assessments or monitoring framework. There is no common benchmark against which outcomes across different models may be evaluated and compared. It is critical that this gap is addressed before innovations are scaled based on personal relations and ad hoc decisions instead of well-defined impact metrics.

Apart from delivering impact, for a country like India, models that seek to scale must also do so in a cost-effective manner. As Venkatesh Malur, who led the Sampark Foundation’s Pedagogy Framework—reaching over 2.8 million children studying in 46,000 primary schools in India—summarized in a volume titled Accelerating Access to Quality Education that Subir Gokarn and I co-edited a few years ago, “There is a need to prioritize frugal innovations in classroom transactions and work in sync with the existing system that will leverage the existing teachers, systems, and infrastructure.” In line with Malur’s point on frugality, Sampark’s Smart Class Kit costs one dollar per child per year.

Other innovations which have attempted to scale reinforce this. Gyan Shala, which scaled its operations in Ahmedabad, Gujarat, to cover schools in West Bengal, Bihar, and Uttar Pradesh, operates with a total cost of education per student amounting to Rs. 3,000 per year. The Bharti Foundation’s schools similarly seek to deliver education at a rate that is lower than the government school system, so that they may be easily replicated by the latter.

Working with the Existing System

In a similar vein, models that are able to scale must be able to operate within the constraints of the existing system, with the current set of teachers, school leadership, and government machinery. Often, social enterprises and NGOs, in an attempt to see some quick successes, actively avoid engaging with governments and teachers. But if they wish to scale, such an attitude can prove deleterious. In several cases, pilots succeed in specific contexts with favorable conditions, but fail without these. Ark, which designed a School Quality Assessment framework for 120,000 schools in Madhya Pradesh, sought to create a product that had government ownership from the very beginning and was “delivered with existing public sector capacity, rather than being dependent on a major skills upgrade.”

As an innovation scales, partnering with the government system to build its capacity becomes even more critical since scaling is not just a straightforward process of replication, but a more complicated one of adaptation. On a related note, innovators must be flexible and open to deviating from their initial model. Ark’s SQA design underwent at least four changes over just one year based on constant testing. “The team rapidly discovered that their original ‘premium’ design was too complex for operating in the contexts, and with the resources, available.”

Ultimately, the success of scaling hinges upon a productive partnership between the innovation and the government and teacher system. This is a partnership that must be established at the very outset—embedded in the core design of the model—and deepened as the innovation is scaled up. This portends that funders must view their roles differently too. While private investments often flow to non-government agents to fund the ‘next new innovation,’ they are seldom directed at strategic leadership or organizational capacity.

And, the government – as the most crucial player in the scaling process – too must be supported as it seeks to fix its internal management processes, through robust data collection systems, training and incentivizing frontline staff, and building relations with community actors.

Rohan Sandhu will be speaking at the AVPN Conference 2018 on ‘Policy Innovations to Maximise Impact’. This is a by-invite only session.

Rohan Sandhu is Associate Director at the International Innovation Corps (IIC), a global development consulting program based at the University of Chicago that works with governments and foundations across India. Rohan oversees the IIC’s projects, associates, and strategy and development in India. He has led projects covering a wide-range of issues, including education, agriculture, inclusive business strategies, and capacity building of governments and NGOs. He is currently building out the IIC’s Data and Policy Analytics Unit. Previously, Rohan was a part of the founding team of the Brookings Institution’s India Center, where he led research projects on poverty and social insurance, education, gender, and Indian elections. He also set up Brookings India’s education vertical, and is one of the editors and lead authors of “Accelerating Access to Quality Education” (Brookings Press, 2015). Rohan is currently a consultant to the India Real-time Scaling Labs project run by the Center for Universal Education at Brookings. He has also worked as Chief of Staff to a Member of Parliament in India; as a Consultant to the Economic Development Board of the state of Andhra Pradesh, India; and with the City of Chicago.