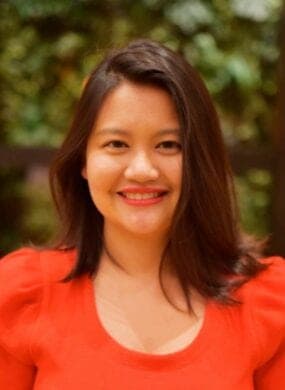 Virginia’s work with what she calls “the She economy” spans seven years, after she founded Lean In China with a group of friends–starting what became one of China’s leading nonprofits for women. Coming from a career in law and finance, where she worked on investments in the emerging markets for almost a decade, covering more than $30 billion worth of transactions, the potential for business to grow into — or shall we say, lean into — the gender space continues to amaze her.

In the US, venture capital is directing its attention en masse to helping more diverse companies scale. Data collected by First Round Capital found that the female-founder companies it had funded performed 63% better than the all-male founding teams it had funded. And as yet, as Geri Stengel of Forbes points out, research by All Raise found that this is just the tip of the iceberg. Although only 15% of venture capital funding was allocated to female founders in 2019, more Limited partners — mostly women — are mobilising their private capital by investing in venture and private equity funds.

The answer to closing the funding gap for female founders, says Stengel, requires male and female VCs. To increase the number of women in General Partner roles, investment firms, women are starting funds and established firms are promoting or recruiting women GPs.

In emerging parts of Asia where the gender conversation is young, Teja Ventures boldly highlights the opportunity. Rather than pitting women against men and dwelling on the challenges, Virginia Tan emphasises that this is a conversation about opportunity–specifically market opportunity.

“Yes, women are often the biggest drivers and beneficiaries of new business models in the internet economy. Lots of new product markets are opened by women consumers, who are the first to step into them- because they are more active online, and more likely to interact with brands and communities online.”

“But when we take a more holistic view to the roles that women play in the wider ecosystem, we see how a gender lens has immense potential to identify market gaps and needs. I wanted a gender lens to take a more holistic approach to viewing women not just as consumers and beneficiaries, but as sources of online traffic, as a mobile workforce, in the roles they play in the supply chain. To also to look at business models and technology, which actually leverage off women as a full demographic, and how that can drive growth and innovation for a company in the internet age, and going beyond the focus on women in one particular role as, let’s say, a founder or as a consumer.”

“So I often say that investing in the She economy is the largest arbitrage opportunity of our generation. I want more capital to flow into the She economy and to build up the investment case for it.”

Teja Ventures begins by pointing out what should be obvious: that women play dominant roles in society’s discretionary spending. Women make up 85% of global consumer spending and 70% of household spending, but are only allowed 2% of capital investment. The Harvard Business Review states that “women feel massively underserved.” With 870 million global women set to gain employment or start businesses in 10 years and armed with increasing disposable income, business leaders of the future will need to take into account how they can utilise this workforce, and how they can better address underserved verticals of the She economy–to meet the consumption needs revolving around the full life cycle of a woman.

Its work reflects what intermediary and ecosystem-building efforts can do to match investors and companies. As Julia Newton-Howes, CEO of Investing in Women, says, “So far we’ve had deep partnerships with four different impact investors and between them they have invested 28 million Australian dollars into 27 different women owned and led enterprises. And whilst that sounds like a small number, actually it’s a huge step up over previous levels of investment into women owned and led into prizes. But more than that, each of those partners is now working on following them on funds and have developed follow-on funds in hundreds of millions.”

Areas of life that women participate actively in— such as consumer internet, professional development, fertility, health and wellness, mother and baby, financial services, next generation education, and elder care are what Teja Ventures sees as underserved verticals set to grow in value as it grows in visibility. These will, she expects, manifest through new forms of consumption, content-driven platforms, digitised services, and new financial infrastructure- given that a core part of Teja’s investment philosophy is its belief in technology to unlock value in the She Economy.

Yet Virginia sees this as both a new way of thinking, and also demonstrating a product and pipeline of value. “In 2015, we started a global competition for women and technology called She Loves Tech, and when I started to receive thousands of startups in the competition every year, I started to understand what a gender lens actually meant. Especially when looking at how technology can be the great leveller for women, not just as consumers, but also as beneficiaries, and how this could provide women with economic opportunities and access to goods and services that were previously not available to them before. When I started to see startups in the competition which were funded by leading investors in the world such as Sequoia, Vertex, et cetera, it’s when I started to realize that there’s a real opportunity here and, are we missing that?”

By investing in strategic verticals and technology as an enabler, Teja Ventures hopes to create a network effect for the She Economy in its portfolio, and to deliver impact to more women, faster. South East Asia is where Teja Ventures will focus its investments on, with Indonesia being its key market and where Teja Ventures works closely on sourcing and structuring gender lens investments with fellow AVPN member ANGIN, an early pioneer in gender lens investing in Indonesia, and which launched its women’s fund in 2015.

Hear more from Virginia Tan as she chats about her journey in building the She economy, and learn from more role models in Asia on the AVPN Gender Platform.

Virginia Tan is the founding partner of Teja Ventures, the first gender lens VC fund for emerging Asia. As a pioneering thought leader for gender and technology in Asia, she founded She Loves Tech, the world’s largest startup competition for women and technology. Virginia Tan is also the founder and former president of Lean In China, one of China’s leading nonprofit platforms for women with over 100,000 members across more than 25 cities and 100 universities in China, which supports the goals and aspirations of Chinese women.

Virginia's background is in law and finance, having worked in Europe, Middle East, Asia, Africa and South America for 2 magic circle firms Clifford Chance and Allen and Overy. She specialised in emerging market investments and has covered more than USD 30 billion of transactions in the course of her career. She moved to Beijing in 2013 to work on strategic investments related to the "One Belt One Road" initiative.

Virginia was selected by the Rockefeller Foundation as one of 8 Next Generation Leaders for its Beijing25+ Summit in 2020, named by Fast Company as one of 100 most innovative people in business in China, by Prestige as one of Singapore's 40 under 40 in 2019, and as a Global Shaper by the World Economic Forum in 2014. Forbes as hailed her as "removing barriers to global womens empowerment and Fast Company has named her "the Hua Mulan of the business world”. Her work has been featured by leading media such as Forbes, Bloomberg, Financial Times, BBC, China Daily, CCTV, Straits Times, VICE etc. She has spoken at some of the world's largest corporations and leading institutions such as Alibaba, Baidu, Bloomberg, Dell, Disney, DSM, General Electric, Google, P&G, HP, Medtronic, Peking University, Tsinghua University, Columbia University, UNICEF, UN Women, World Economic Forum, Milken Institute, etc.