Indonesia has been working towards improving the standard of living, promoting gender equality, eliminating hunger, and achieving food security in recent years. Despite the progresses made, the irresponsible exploitation of natural resources, on the other hand has taken its toll on the environment leading to rapid land degradation and deforestation.

Driven by the high demand of timber for domestic consumption and the international market, more than 70 million hectares of primary forest areas have been logged out in the country since the 1970s. Large areas of forest that have been transformed into industrial plantations, while smallholder farmers resort to uncontrolled slash and burn techniques to expand their farms, further contributing to the loss of forest areas. Eventually these actions have not only decreased Indonesia’s primary forest area, it has also made the country the third largest carbon emitter in the world, behind China and the United States.

One of the heavily deforested regions in the country is the province of Jambi which is located on the eastern coast of the island of Sumatra. Jambi is unique from an environmental and ecological point of view because it is home to four national parks which are rich in biodiversity. These national parks are also home to indigenous forest communities known as the Anak Dalam tribe that have dwelled and depended on the forest to sustain their livelihoods for generations.

However the inconvenient truth enshrouding the province which has a total area size of 53,435.72km2, is the alarming rate of deforestation. Studies on deforestation trends and patterns in the region conducted by environmental organizations in the last five years indicated that at least one million hectares of primary forest area has been destroyed or transformed into farms and plantations. 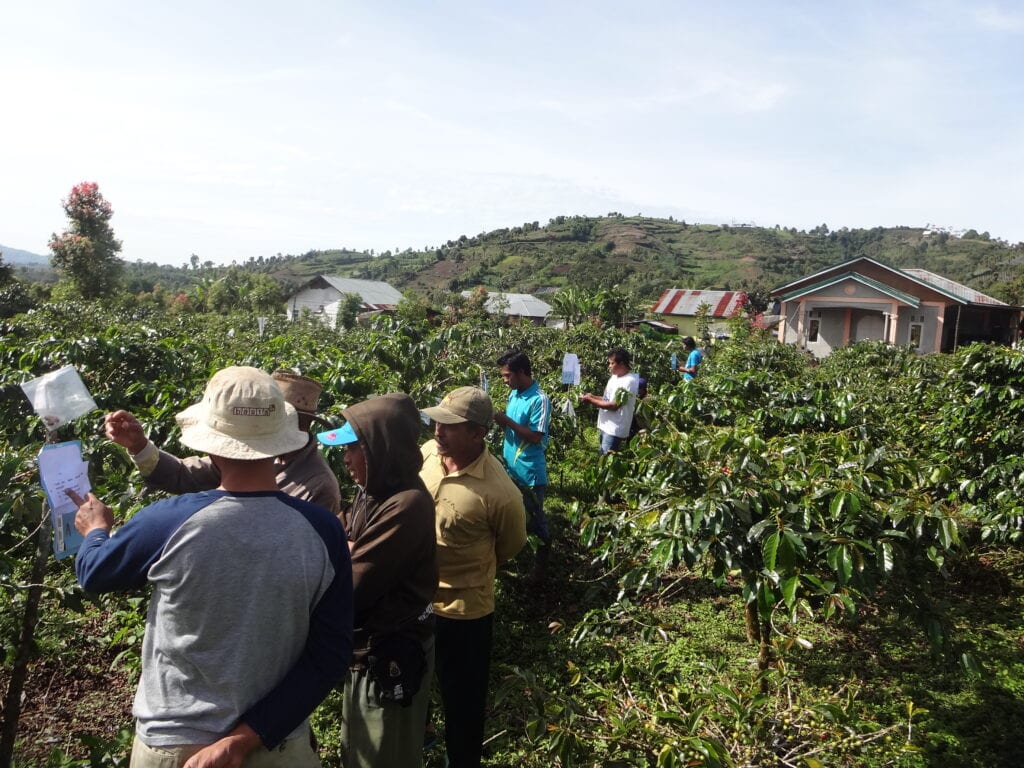 Observations of an Organic Garden in Kerinci District

While the loss of primary forest areas in Jambi is a set back to environmental and conservation efforts, the underlying causes of deforestation linked to agricultural activities is a development dilemma. The agriculture sector alone contributes to 53% of Jambi’s provincial income and creates employment opportunities for around 45% of its three million inhabitants. In the case of smallholder farmers, as the need for higher yields becomes increasingly important, more forests are encroached to open up new farmlands. As the remaining primary forests in Jambi are located in areas surrounding national parks, increased farmland expansion are slowly creeping the last bastions of biodiversity in the province.

In hindsight, deforestation linked to smallholder farmers in Jambi closely resembles Garreth Hardin’s “the tragedy of the commons” theory. Actions by individual farmers in opening up new lands from forest areas might not present a significant threat to the environment, however when done collectively the results can be destructive.

However, simply telling farmers to stop cutting down forest is not enough. Developing good agricultural practices to increase productivity without expanding the area of farmlands combined with promoting alternative sustainable livelihoods are approaches that could answer the development dilemma in Jambi. Most importantly, commodities produced by smallholder farmers that contribute to preserving the environment must be recognized by providing incentives that would decrease their need to carve out more land from the forest. A farmer pruning the coffee tree to keep it productive in Merangin district.

Payment for Ecosystem Services – what is it, and why it can work:

Payment for ecosystem services (PES) has gained a lot of international traction in recent years. PES is a cost-effective means to compensate indigenous communities, landowners, and/or farmers for their environmental maintenance and provision of ecosystem services. Many smallholder farmers contribute significantly to sustainable practices without being paid for their ecosystem services. For instance, a farmer who looks after agroforestry systems on a mountain range helps to diminish the potential of natural disasters such as forest fire. Therefore, PES emerges as the best agricultural payment method by identifying commodity chain actors, donors, and government partners who are willing to reward these services so that positive impacts as well as inclusive and sustainable business can be attained.

Considering Rikolto’s long-standing presence in Indonesia, there is a crucial requirement to implement a conservation initiative to ensure the sustainable source of agricultural commodities. In collaboration with farmer organisations, Rikolto carried out the initial PES programme in Kerinci Seblat National Park in Jambi, on April 2017. Specifically, the development of a cinnamon chain in Kerinci district, and coffee chain in Kerinci and Merangin districts are priority commodity chains to ensure sustainable agriculture and inclusive business. 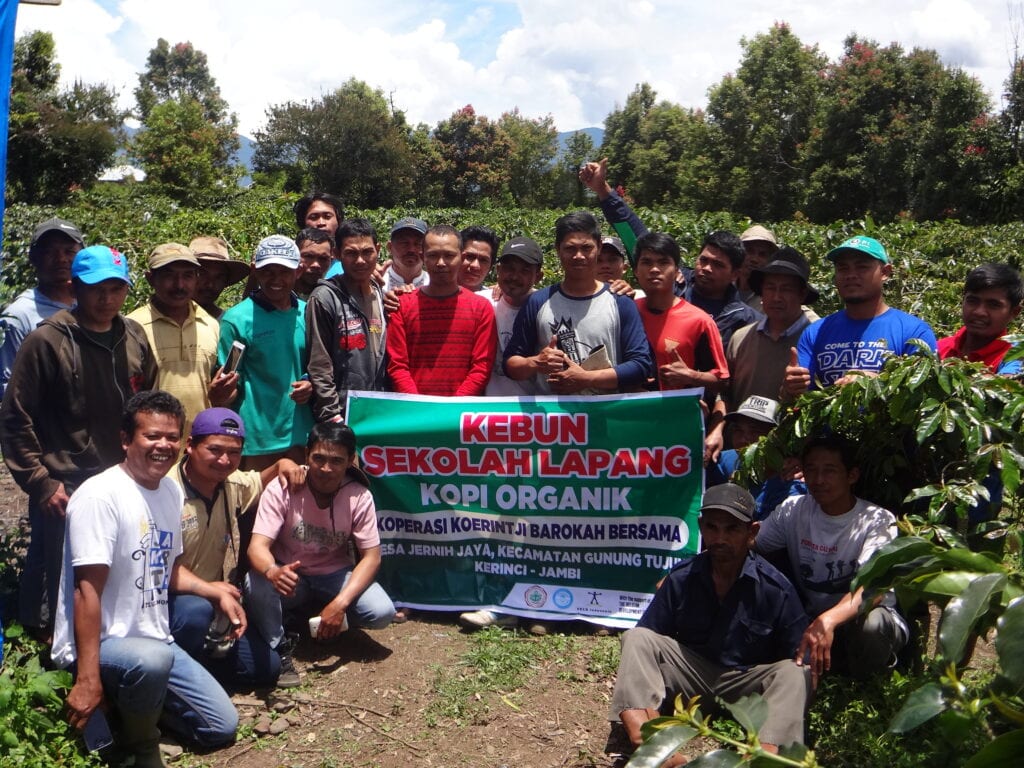 Field School in Sample Garden in the Kerinci District

Supporting innovation to save newborn babies

Building the Social Economy in Asia: The Role of Government