Home » Social Impact Bonds: How Do We Avoid A Bubble?

Social Impact Bonds: How Do We Avoid A Bubble? 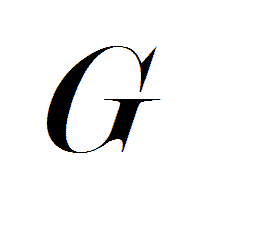 Social impact bonds (SIB’s) are substantive innovations with distinctive potential to add meaningful value to our society. But, then, so were Dutch tulips, early railroad stocks and, of course, dot com startups.

History counsels that genuine bubbles are identified not by their inflation but by their bursting. So it’s premature to pass judgment on the global enthusiasm surrounding social impact bonds—the funding vehicle that enlists private funders to support evidence-based social interventions, with government paying only if “successful.”

Still, the signs are concerning, and it may be time for major players in this market to consider action that dampens expectations and aligns them better with what this innovative but as yet unproven tool is actually likely to deliver. While challenging in the short-term, this might be the best way to ensure their success in the long-term.

Why the concern that this exuberance over SIBs is what Alan Greenspan might call “irrational?”

In recent months, at conferences in the U.S., India, China, and Europe, I’ve witnessed the intense interest and excitement growing around these instruments. This enthusiasm appears to center on three main perceptions about what SIBs are: a “free” way for governments to test innovative social services, an alternative source of scaling capital to grow worthy nonprofits, and an attractive opportunity for impact investors to make money while also generating social impact.

It seems increasingly apparent, though, that these propositions are questionable. SIBs are only free to governments if they fail to yield intended results (bad outcome) or actually generate significant direct savings (good outcome but very challenging—more on this below.) Further, SIBs are unlikely ever to be an alternative source of capital for scaling proven programs (as opposed to testing promising ones) since when they work, governments will probably not keep paying premiums to private investors to buy “de-risked” programs when they could buy them at cost. Finally, these deals all carry substantial risks to investors: Where SIBs fail, investors lose; where they succeed, financial returns will probably be one-time and at best modest.

The experience of the first U.S. SIB, the Riker’s Island deal in New York City, has provided a chilling reminder of these realities. Three years into a four-year project, it was terminated on the basis of unfavorable outcomes, costing Goldman Sachs $1.2 million and Bloomberg Philanthropies $6.0 million.

Nevertheless, in the U.S. and worldwide, there is a rush to do deals, with the total number increasing from just a couple in 2011 to more than 50 today. As the numbers have grown, so has the range of issue areas on which these SIB’s are focused, from the early concentration on reducing recidivism rates among ex-offenders to subjects such as early childhood education, homelessness, teen pregnancy and maternal health, workforce development, asthma, and foster care.

What can be done to maximize the likelihood that SIBs deliver compelling, documented value, thereby avoiding the creation of a bubble?

I believe the answer begins with rigorously focusing all SIBs on what appears to be their “highest and best use”—creating the optimal conditions for governments to test the effectiveness of discrete, preventive programs or services with the potential to generate significant, direct budgetary savings to the public.

Three specific features of SIB’s make them uniquely well-suited to this function:

In this context, I see three keys to realizing the potential value of SIBs:

Key #1: Target problems that lend themselves to the generation of significant, documentable government savings.

The early emphasis on recidivism in both the UK (Petersborough) and U.S. (New York City, New York State, and Massachusetts) made sense in this regard, but the prospective budget savings of several recent SIBs are doubtful. Homelessness and early childhood education, for example, yield potential impacts that are less directly measurable (at least in the near-term) with looser causal links to government outlays. While that doesn’t diminish their importance as social priorities, it does reduce the chances that the SIBs will result in clear success.

Key #2: Ensure that the deals are structured first and foremost to deliver the desired social benefits of the project.

While financial incentives and reliance on private capital have enormous potential benefits, the essential purpose of SIBs is to advance social goals, not reward investors (either for-profit or social.) Negotiators must ensure that technical aspects of SIB deals, such as payout formulas and provisions for early termination, reflect the realities of how social value and savings to governments are actually created.

Key #3: Secure good-faith commitment by the sponsoring government to adopt and continue to implement programs that are proven to generate impact and savings.

The most compelling way in which SIBs become “free” to governments is where the cost of reimbursing the investors is offset by direct, on-going budgetary savings. Indeed, the Petersborough SIB in the UK was terminated early by the government, which then embraced the program. Accordingly, before endorsing SIB deals, citizens should demand that sponsoring governments unambiguously commit to adopt proven programs and hold themselves accountable for realizing the expected benefits. This, after all, is what good government is all about.

Bottom line, SIBs have strong potential to generate significant, distinctive value. Yet they are unproven and, under the best of circumstances, challenging to structure and execute, with highly uncertain prospects for success. As a result, it is important that SIB supporters act decisively to focus SIBs where they have the greatest potential to deliver early, confidence-boosting wins. As many generations of investors have learned the hard way, the best way to avoid bursting bubbles is to be careful about how they become inflated in the first place.