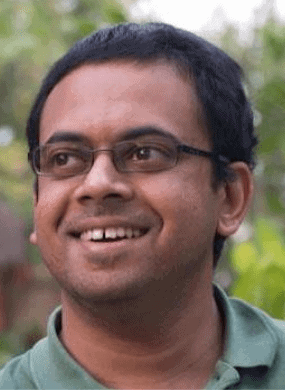 “Over the next 20 years, the centre of gravity of the world market will shift from the
North Atlantic to the Indian Ocean (Asia and Africa).
By 2040, 60% of [middle and upper income people] will live outside the West.”
– Hans Rosling, Factfulness

Asia is growing, and fast. Of this there is no doubt. But will this growth happen in ways that are sustainable, ethical, and with purpose-driven leadership?

With the world changing so rapidly, there is both a need and opportunity to foster new leadership approaches. This is especially so in the small and growing business sector as it is the biggest driver of growth in the modern economy. As a report from the Aspen Network of Development Entrepreneurs (ANDE) identified, “Once small businesses have reached a certain size and maturity, often their biggest challenge is building a team that is able to manage their next step to scale.”

To address this need, we at Amani Institute, launched a new leadership development programme in 2016 called Leadership For Growth to build the capacity of middle and senior managers of fast-growing small businesses in East Africa. To date, 145 managers from 60 companies have gone through the programme, with 1 in 3 companies sending multiple managers to the program after one manager has gone through it.

This effort has proven to us that investing in leadership development leads to tangible business results – with participating companies growing 20% on average and collectively accessing more than $3 million in investment finance post participation. With these results, the Argidius Foundation declared us the winner of the global Argidius-ANDE Talent Challenge and awarded a scale-up grant of 1 million Euros for us to bring the program to Asia (India) and Latin America (Brazil).

Having worked with so many companies in the last 3 years, we have learnt some valuable lessons when it comes to investing in leaders to drive business growth and scale:

1. Pick the right person to invest in
Even the best programme cannot help the wrong person. This is not a place to send the low-performing manager on probation, whom you are praying will finally shape up. Rather, send the high performers, those you see have the potential for long-term leadership, those willing to not only learn but also re-learn where needed. Training provides the best results when it is targeted at people who are willing to grow even more.

2. Invest in multiple managers
Training multiple people at the same time increases the chances of change at an organisational level. Such a team effort makes them feel peer-supported while providing a common vocabulary across the team for the next level of growth.

The CEO of one leading social enterprise in Kenya took this notion to heart by ensuring that every new manager is sent to the programme, effectively using it as an Organisational Development (OD) intervention. All managers therefore have a common starting base and can all speak the same ‘language’.

3. Learning only produces value when applied
This is one of our mantras and we have seen it proven time and again. A common rule of thumb is that 70% of learning happens on-the-job. Thus, it is critical to give newly-trained managers several opportunities to apply the skills they have learnt, while allowing for some amount of failure.

A leading beverage company in East Africa hadn’t taken a new product to market in 2 years. A quality manager in the production department understood why after he was exposed to the skill of design thinking. Learning to design from the perspective of customers was transformational because it allowed for rapid development of new ideas and greater internal collaboration. This company will soon be launching a new product!

4. The support environment is critical
In order for newly trained managers to apply their learning, an organisational environment open to questioning business-as-usual and supporting their attempts to improve the status quo are necessary.

A well-known chemical manufacturing company discovered the value of this when it allowed a manager to apply a root cause analysis tool to address issues around product quality. The manager learnt that there was a common problem underpinning their concerns, which was the lack of proper training for casual or seasonal workers. By investing in training and retaining these workers, the company saved tens of thousands of dollars in manufacturing defects in a very short time.

5. It’s not always about training
Paradoxically, we have also learnt that training is not always the answer to mediocre performance. Poor performance is rarely just because of a skills gap. Sometimes the answer is executive coaching or a need to re-boot organizational culture, amongst other possible solutions.

In the coming years, we will apply these lessons to training a new generation of Indian managers poised to lead their companies into Asia’s bright future. The first cohort is already underway with 24 managers from 16 social enterprises having completed the first of five modules. Stay tuned for more details about their progress!

Interested to learn more about Amani Institute’s award-winning Leadership for Growth program? Contact Roshan Paul or catch up with him at the AVPN India Summit on November 28.

Roshan Paul has spent his life questioning the status quo, and has built a career around connecting global citizens to solve social problems across boundaries. He co-founded the Amani Institute, a new model of higher education that develops people who seek careers of meaning and impact, with these values in mind. The seeds of Amani were cultivated while Roshan worked with Ashoka for a decade, where he designed and launched five new programs and managed two other global projects. These included Ashoka’s Peace Initiative (supporting social entrepreneurs in conflict zones) and the Globalizer program (helping social entrepreneurs scale up their innovations).

Raised in Bangalore, India, Roshan has a Master’s in Public Policy from the Harvard Kennedy School, a Bachelor’s in International Political Economy from Davidson College (a degree he self-designed), and a certificate in Creative Leadership as one of the founding participants of The Amsterdam School for Creative Leadership. He has guest-lectured at over twenty universities in the United States and Europe, including Harvard, Georgetown, Johns Hopkins SAIS, and HEC Business School Paris, and is currently a member of the World Economic Forum (WEF) Global Future Council on Behavioral Science.

He delivered the Commencement (graduation) speech at the University of San Diego in May 2015 and a TEDx talk at TEDxAmsterdamEd in April 2016. His writing has been published in Forbes, the Stanford Social Innovation Review, MIT’s Innovations Journal, India Today, as well as in the recent book, Dream of a Nation.

Roshan has studied and worked on every continent (aside from Antarctica, where he hopes to travel next) and is a hopeless cricket junkie. He is the author of two books: ‘Such a Lot of World‘, a novel, and ‘Your Work Begins at No’, a collection of essays on social impact education.