Supporting Women in Crisis and Conflict: 4 Lessons From Myanmar and Afghanistan 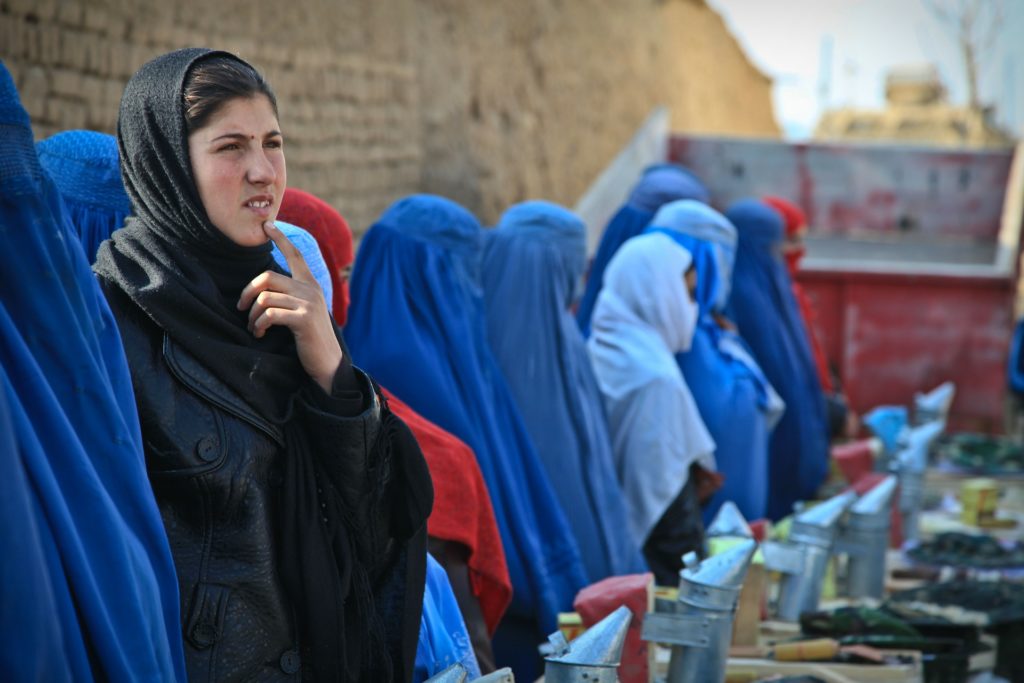 Women suffer disproportionately in conflict situations. Although women comprise the minority of combatants, they suffer the greatest harms. These harms include sexual violence, additional childcare burdens, and unwanted pregnancies. Women rarely participate in formal peace processes too, although conflict resolution is proven to be more durable when women are involved.

Recent crises in Afghanistan and Myanmar bring these issues home to Asia. When the Taliban took power in Afghanistan in August, many feared that women would have to stop going to schools or to work. The Taliban has closed the Ministry of Women’s Affairs, implying that others will have to continue the fight for gender equality in the country. Earlier, in February, the coup in Myanmar reversed advances in gender equality made over the past decade. In some areas with heavy fighting, more than 80% of those displaced are women, children, and the elderly. The situation in Myanmar, which has a population nearly 1.5 times that of Afghanistan, remains extremely fragile.

The immense needs in these places dovetail with a growing interest in advancing gender equality in Asia. Much work is already being done by members of AVPN’s Asia Gender Network, which was founded in 2020 as the first pan-Asian network seeking to empower women and girls. Even though crisis situations pose significant challenges in delivering impact, donors should not shy away from investing in areas where gender equality is needed the most.

Here are four ways that donors can support women in these countries.

Humanitarian needs should be met in a gender-sensitive manner. This means that donors should investigate and address the invisible burden that each crisis has on women. As the crisis in Myanmar crosses the seven-month mark, more women are giving birth in displacement sites, where they struggle to access clean drinking water and proper nutrition. In Afghanistan, the fact that women aid workers could be prohibited from work, could mean that humanitarian aid will fail to reach half the population due to gender norms.

Political stressors are a known driver of gender-based violence (GBV), including domestic violence and rape by security forces. Support for prevention and response services is crucial. Many displaced people in Myanmar are still on the move and afraid to go home, meaning that it is not possible for permanent GBV services to be set up. Numerous women’s shelters in Afghanistan have shut down. The shelters that remain open, while keeping an extremely low-profile, require support, as do the women that have had to return to abusive family situations.

It is widely acknowledged that education is key to gender equality. Less appreciated, however, are the educational challenges facing conflict-affected women. Even before the Myanmar coup, refugee women could attend secondary education in camps, but their certificates were not recognised by the Burmese government, and so could not matriculate into Burmese universities. The situation for Afghan women’s education looks even more bleak under the Taliban rule. While a well-functioning public education system is ideal, it looks out of reach in both countries in the short-term. Donors could turn to creative non-state or online education systems, or scholarships overseas. Investments in these will have a crucial, long-term impact, as the participation of educated women from marginalised groups is vital to conflict resolution.

Finally, women’s organisations require support and trust. Women’s organisations in Myanmar have the connections and ground knowledge necessary to deliver aid to hard-to-reach areas. I have spoken to several women’s organizations in Myanmar, who tell me that the biggest challenge for them is managing donors’ expectations. Many aid workers fear that carrying receipts, laptops or documents will make them a target for security forces, making donors’ reporting standards impossible to fulfill. Reports that women’s shelter employees in Afghanistan are burning sensitive documents sound distressingly similar. Donors may find that the usual mechanisms of measuring impact are inapplicable in such an unstable situation. Trust and understanding, between donors and local organisations, is necessary for donors to reach the women that need their support.

Two billion people worldwide are currently affected by fragility, conflict, or violence. Unless women in these situations receive the support they need, conflict and gender inequality will continue to fuel each other. The UN’s Sustainable Development Goal 16, which refers to peace, justice, and strong institutions, attests to the need to address the root causes of conflict.

By turning their attention to women affected by conflict, the philanthropic community can pursue gender equality in the places it is needed the most.

Reach out to organisations outside AVPN’s network, but who have years of experience working amidst crises. Support the Women’s League of Burma (WLB), which comprises of thirteen women’s organisations that have been working in Myanmar’s conflict areas for the last two decades. Regarding Afghanistan, look up the Obama Foundation’s list of local organisations doing vital work with women and girls.

Shona Loong is an intern with AVPN’s Knowledge & Insights Team. Shona also works as researcher and consultant on ethnic conflict and civil society in Myanmar, including providing gender-sensitive conflict analyses. She recently completed a PhD at the University of Oxford, and has worked with several NGOs and international organisations seeking to understand the situation in Myanmar since the February coup.