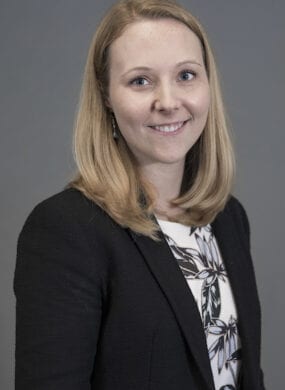 This article was originally featured on Giving Compass here.

These were Clearly founder James Chen’s opening words in his keynote address at the AVPN Conference 2019. The event brings together social investors and thought leaders across Asia, equipping them to champion and deploy capital towards the issues they care most about. Chen’s words gave conference delegates an inspiring model, demonstrating how private philanthropists’ calculated risks on bold new concepts can lead to scalable solutions that address the world’s most pressing social issues.

Chen learned the importance of giving back from his father, Robert Yet-Sen Chen, whose lifetime of philanthropic work led to the creation of The Chen Yet-Sen Family Foundation, which focuses on improving early childhood literacy. Chen continues his father’s work as chairman of the Foundation. He is also chairman of Wahum Group Holdings, a third-generation family-owned manufacturing business, and the founder of his family office, Legacy Advisors Ltd.

In the early 2000s, Chen began advocating for universal access to vision correction, convinced that clear vision was the critical gateway to education, work and building a better life. To this end, in 2005 he co-founded the variable power lens technology company Adlens, which developed technology capable of improving the sight of 90 percent of people with bad vision.

Despite Chen’s eventual success, his journey began with failure. Adlens failed to secure World Bank support because there was no research-based evidence of the impact of clear vision, and there was no viable model for providing eye care in low-resource environments. Chen later succeeded in proving his concept on both fronts: the NGO Vision for a Nation provided vision screenings to 2.5 million Rwandans, demonstrating that with the right resources and local partners, this solution could be brought to nationwide scale. And the Randomized Control Trial PROSPER demonstrated the positive impact of clear sight on tea pickers’ productivity, leading to a 22 percent productivity improvement among the workers. Chen built off these successful models, founding the Clearly campaign in 2016 to inspire new innovation and promote greater awareness of the global vision issue.

In Chen’s case, a higher risk innovation led to far greater reward in terms of impact. But Chen’s story is also an example of how philanthropy can unlock and mobilize private capital. Foundations and family offices like Chen’s are uniquely suited to provide patient, catalytic capital in order to support and scale social innovations. In Chen’s view, private philanthropists are able to take on high risk, high reward endeavors which corporations and governments cannot. These calculated risks have substantial power to drive social change.

When embarking on a bold project like Clearly — dedicated to bringing clear vision to the 2.5 billion people worldwide who lack it — it is worth taking time to convene the right partners for the most effective results. As Eileen Rockefeller Growald, co-founder and chair of the Growlad Family Fund, shared in a fireside chat with Chen, it is often important to “go slow to go fast,” dedicating time at the outset to foster partnerships in order to avoid costly stopgaps later on. For family offices and foundations beginning their transition beyond purely grantmaking activities, having the right stakeholders involved is vital to capacity-building.

Chen and other AVPN Conference speakers left philanthropists with an ambitious call-to-action. Philanthropy is more impactful when you take calculated risks, so incorporate early-stage, innovative ideas when making funding decisions. Don’t go in alone: Take time to identify like-minded partners who can help to maximize impact through complimentary expertise to make it more sustainable. And finally, expand the range of financial tools at your disposal to unlock and scale solutions to the world’s most pressing social problems.

Lucy Moore is a Knowledge Associate at AVPN and a Master in Public Policy candidate at the Harvard Kennedy School.

Prior to Harvard, Lucy was a Policy Associate at the Biden Foundation in Washington, DC, and served as Special Assistant to the Secretary at the U.S. Department of Labor. She received her Bachelor of Arts from the University of Southern California and is originally from Seattle, Washington.