Where The Glass Ceiling Is Already Smashed 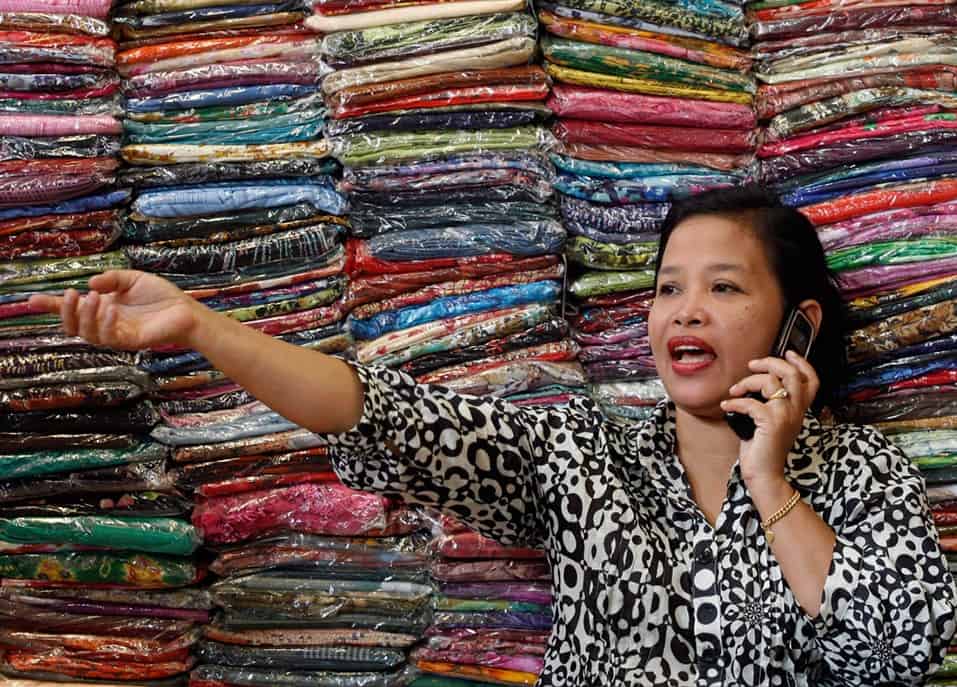 There is a growing sector where women are rising to the top, smashing through the glass ceiling as never before, and transforming the world with big ideas.

From training rats to detect landmines, to offering micro-lending to Indian farmers, these entrepreneurs see success not just through financial returns, but also in terms of social impact. The ultimate business goal? To set up successful companies that improve the lives of underserved and marginalized communities. It’s not just about the balance sheet, but it’s not charity either. 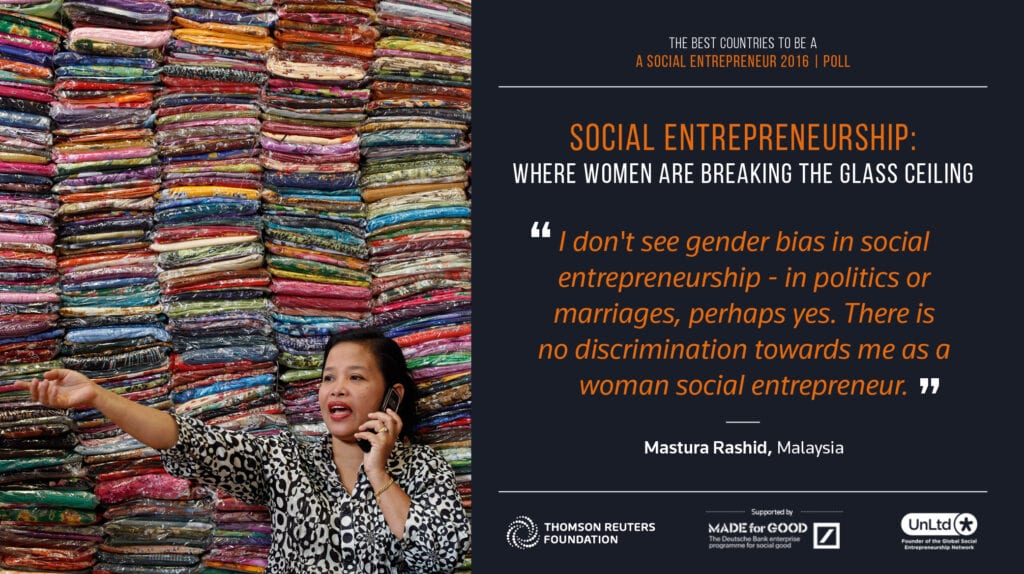 According to our survey, 68 per cent of those polled across the world’s 44 biggest economies said women were well-represented in management roles within the industry. The Philippines ranked first as the country where women were most active in the sector, while Malaysia, China, Hong Kong, Indonesia and Thailand took five of the other top ten slots.

With her company, Frontier Markets, Ajaita has reached 40,000 households in Rajasthan, and is on track to provide over 10 million products to 30 million households in India by 2016.

Ajaita is not a charity worker, she is a business woman. As her business grows, the living standards of hundreds of marginalized low-income communities are lifted.

Why are women excelling in this field? Those we surveyed pointed out that social entrepreneurship is a level playing field for women: gender bias has almost disappeared when it comes to using enterprise for social good. Others mentioned compassion, a strong desire to impact people’s lives rather than focusing solely on profit.

Statistics seem to support this argument. One in particular motivated me to ensure women’s rights were core to the Foundation’s work. It was when I heard that women reinvest 90 per cent of what they earn back into their families, according to the World Bank. Women build solid networks with their communities and as a result their families are wealthier and healthier. They are the ultimate economic accelerators, so it’s not surprising that the social enterprise model is so appealing to them.

The sector is clearly gaining momentum: 85 per cent of the experts we polled describe growth as fast, and a recent report by JP Morgan and Global Impact Investing Network (GIIN) expects social entrepreneurship worldwide to receive a cash injection of almost $18 billion in 2016.

But there’s a big challenge ahead: funders, governments and the general public still see this fast growing sector as charitable work. In the words of one of the experts we polled: ‘just mentioning the word ‘social’ makes investors deaf, dumb and blind’.

It’s clear that this is an incredible loss of potential. At a time when the world faces unprecedented challenges we can only benefit from the courage and the ideas of these change-makers. Just imagine what could be achieved if they were encouraged to tackle global issues such as climate change or the refugee crisis. Now more than ever society at large needs a different point of view; social entrepreneurs might just be our best answer.

For the full results of the survey, visit poll2016.trust.org.