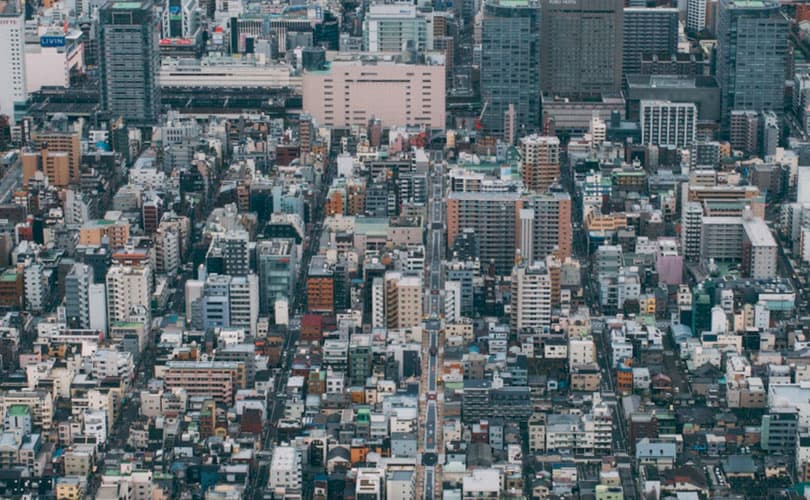 Venture Philanthropy per se differentiates itself from philanthropy through its engaged approach to providing funding support for a social mission. The purpose of the engagement tends to be aimed at increasing the ability of the SPO to deliver their programmes as well as build the ecosystem. Yet, capacity building for SPOs by VPOs depend on a number of factors and can take several shapes and forms, which again depend on the relationship between VPO and SPO.

Grantmaking organisations tend to focus less on capacity building after the grant has been given. In setting up the Japan Venture Philanthropy Fund (JVPF), Nippon Foundation has recently moved into funding social innovation projects through grants, while building the capacities of their investees.

Founded in 1962 and predominantly a grant maker, the Nippon Foundation has in the last few years moved into social innovation projects using the venture philanthropy approach[i]. One of these projects is the Japan Venture Philanthropy Fund (JVPF), which has been established in partnership with Social Investment Partners[ii] (SIP) in 2013 with an initial capital of 100million yen (US$1.05million) comprised of the donations from the 7-8 founding partners, corporates and finally Nippon Foundation’s donation-matching. Due to the nature of registering a social enterprise in Japan, the Nippon Foundation is a holding entity for the JVPF. Both Nippon Foundation and SIP provide the capacity building services to the entities they fund.

Culturally, the JVPF came out of conversations and interactions with Co-founder and Chairman of EVPA and AVPN Doug Miller, who visited Japan and spoke with a number of people about venture philanthropy in 2011. After he left, the conversations continued between 7-8 people and led to one of the people, Ken Ito, to speak with Nanako Kudo from Nippon Foundation about their plans in 2012. The partnership between the Nippon Foundation and SIP then took another 6 months of due diligence and negotiation to come to fruition in the JVPF. The philosophy of an engaged relationship is what permeates the JVPF and expresses itself in the way the organisation administers funds and supports organisations.

JVPF has been funding two later stage ventures[iii] in the education sector to date.[iv] One is Houkago   NPO  Afterschool[v], an after-school project, and another is Teach for Japan[vi] [vii]. The rationale was that the JVPF had realised its limitations in supporting enterprises in the scale-up phase and hence decided to establish partnerships with other organisations to provide the support needed.

Over the course of three years, JVPF invested as much as US$300,000 per investee in terms of financial support. In the case of Houkago NPO Afterschool, the service provider for after-school support, JVPF dispersed the funding in a single amount. For Teach for Japan, the funding is staggered over three milestones of US$300,000[viii]. Growth plans differ significantly for both of these organisations. The first is now nearly sustainable through an independent revenue stream. Teach for Japan, which is similar to Teach for America, is not expected to become sustainable but is a ground for education review, ultimately aimed at providing key recommendations to the government at the end of the funding period. Beyond financial support, the funded organisations are also provided with management and capacity support[ix].

At the due diligence phase, an assessment of what is needed is conducted. Following the administration of the grant, there are monthly meetings with SIP and Nippon Foundation[x]. For each organisation there’s an investment manager who overlooks the management of the organisation and assesses their needs. On the Nippon Foundation side, 2-3 people are involved in the organisation and the investment manager spends one day a week while the CEO of SIP takes 3 days per week for JVPF.[xi] In this time, SIP delivers management support and works with the organisation on a 5-year projection plan, while assessing its needs and managing its documentation. Nippon Foundation handles the PR and publications, general accounting, donations/financial needs and sits in on monthly meeting[xii].

A second layer, based on the ongoing needs assessment by Nippon Foundation and SIP, is the pro-bono partner and consulting partner whom JVPF invites to the team as and when services are needed. For instance, JVPF partners with Bain Consulting and Clifford Chance law firm, PWC for accounting and Vox Global for PR consulting[xiii].

Pro-bono is filling the gap of specific needs by using a framework and learning how to operate it effectively. For instance, a law firm may provide a manual for risk management for an organisation, and for several months, the organisation and the law firm would meet to adjust and generate their own framework based on this generic template[xiv].

After receiving funding from JVPF for 2-3 months, one organisation had several core staff members leaving its organisation.  When this came to light, the CEO finally had to admit that his organisation was not running smoothly. He was reluctant to expose this fact earlier because he was concerned that JVPF would not continue to fund him had he shown them this weakness earlier. While it was a shock for JVPF, they had long conversations with the organisation and discussed the solutions together.[xv] JVPF also realised that they have to demonstrate to investee organisations that venture philanthropy is a culture of engagement, and hence they fully support organisations beyond programmes and will not withdraw funding due to difficulties.

Given the different business models of the two organisations that JVPF supports at the moment, outcomes differ. As Houkago NPO Afterschool is financially sustainable after two years, JVPF has achieved the aim of providing financing to reach this goal. For Teach for Japan, fundraising is a continuous effort. Yet, in the discussions about discovering revenue streams, it was concluded that the pursuit of a revenue model would distract the organisation from its social goal. As a result, Teach for Japan will continue to run on a donation model basis. SIP and the Nippon Foundation will help with developing a new fundraising strategy to enable Teach for Japan to be more sustainable and strategic.

Caspian – Making due diligence work through pre-launch work, low costs and testing the relationship in negotiations