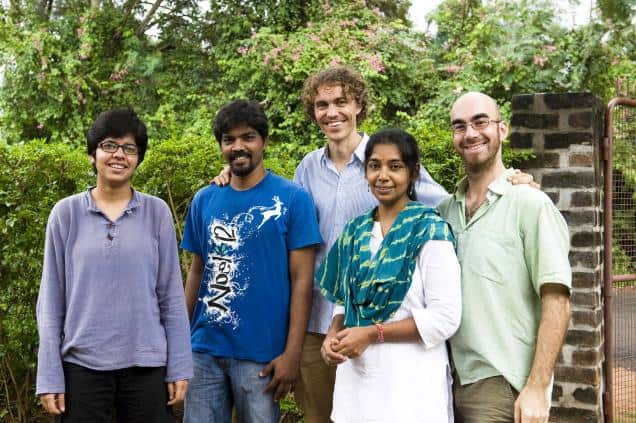 Gijs Spoor was 10 when his parents, who were documentary film makers, came to India to make a film about children in Rajasthan. The stories they brought back made him want to visit the place, and he did, when he was 18. He worked on a farm in Rajasthan where they were growing organic produce and trying to sell it to the palaces in the region. “This was way before social entrepreneurship was a catchphrase, but that’s where I learned about an entrepreneurial approach to tackling rural poverty and inclusion,” says the Hollander, who went on to study agricultural engineering. He came back to India and started an initiative for fair trade cotton in the Vidharbha, Maharashtra and Telangana regions.

“There’s a need for long-term, self-sustaining solutions to earn their way out of poverty, so we made the farmers co-owners, so they could get a bigger profit. But it was frustrating because they were happy to just let us front the whole thing and take home their cheques on Saturday. That’s when I met Pooja Warier of UnLtd India based in Mumbai. She was keen to expand it across the country, and asked if I would do something in Vidharbha, where I would work only with people who are self-motivated to take initiative,” he says. Since he had moved to Auroville by that time, they started UnLtd Tamil Nadu instead, in 2012.

UnLtd is an incubator that supports social entrepreneurs. They search for potential change-makers across the state and select them based on their theory of change and through panels, and support them in their endeavours through coaching, workshops, giving them access to experts and helping with fundraising. They have year-long programmes, and conduct selection processes every six months; anyone with a rough idea or a venture that’s been running for less than four years is eligible. Apart from this, they also have pre-incubation training for young people who are interested in becoming social entrepreneurs.

So far, they have worked with 30 projects and are currently supporting 15 from all over Tamil Nadu and Pondicherry, with a team of five members, and a bevy of long and short-term volunteers. Projects include an upcycling studio, a spirulina production unit, a de-addiction centre, a medi-clown academy and a farm-based school for the mentally challenged. Siva Mathiyazhagan, director – incubation, says, “Most often, in the pursuit of making their enterprise succeed, these entrepreneurs ignore their personal needs. Here, we teach them to take care of both themselves and their venture, and give them clarity and confidence about what they want to do.”

“Auroville is a good place for this kind of work because there’s so much innovation happening,” says Gijs, seated in a small room at their office. It’s a vibrant space; an entire wall is covered in colour-coded sticky notes and charts and everyone has something to contribute. “It’s a place for experimentation and doing crazy stuff, which we have to do, since we’re trying to fix problems that haven’t been fixed in the last 60 to 70 years. But a lot has changed in this space; at least now, when you say social entrepreneurship, people know what you’re talking about! Ten years ago, this was not the case,” he says, adding that it’s “very cool” that a programme like the Jagriti Yatra has 20,000 young applicants vying for 400 places.

Bhanuteja Nadella, one of the volunteers, agrees, saying, “It’s a bug that’s caught on; a good sort of bug. A lot of talent is coming back to work on sustainable solutions, and there’s actually something happening. Since there’s a system to facilitate change, why not be a part of it?”

The Pre-Incubation programme is an intensive action and learning programme for 16-28 year-olds to learn and test their ideas in Auroville. After the six-month programme, they can pitch for incubation support and seed funding with donors. Those interested from Tamil Nadu and Pondicherry can apply on the website on or before August 30, 2015.

Applications for incubation support are accepted throughout the year.