Failure is important. It is only by accepting failure and learning from it that better decisions can be made in the future.  Understanding what causes one social investment to fail is just as important as identifying what drives success in another. Learning from failure is essential for ensuring accountability, improving decision making, strengthening the portfolio management and, most importantly, increasing the ability to make social impact.

CAF Venturesome, one of the most active social investors in the UK, will discuss and share their learnings around failure as well as their internal “failure appraisal” system, along with a specific case study. AVPN’s Executive Vice-Chair, Andrew Muirhead, will also be sharing his perspective based on his inputs for EVPA’s report: “Learning from Failures in Venture Philanthropy and Social Investment“.

Please register for the event via the following link. 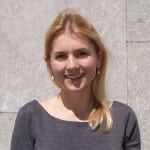 Holly Piper is Head of CAF Venturesome, the social investment arm of the Charities Aid Foundation.  Holly leads the team, including overall responsibility for Venturesome’s funds and social investments.  Since joining CAF Venturesome in 2012, she has led significant fundraising as well as managing a portfolio of innovative social investments, including several of the first social impact bonds.  Holly previously worked at the management consultancy firm Oliver Wyman, specialising in the retail sector.  She has a degree from the University of Cambridge, an MSc in Political Science and Political Economy from the London School of Economics, and the Investment Management Certificate.
CAF Venturesome is one of the most established and active players in the UK social investment market. Over the past thirteen years, CAF Venturesome has supported more than 425 charities and social enterprises with over £35m of affordable finance, enabling them to flourish.  CAF Venturesome manages several social investment funds to support a wide range of social organisations – from local community-led housing groups to major international development charities.  We are fortunate to be supported by a growing number of funders, including over 100 individual philanthropists and their families. 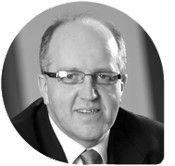 Andrew Muirhead joined AVPN as Executive Vice Chairman in January 2014. Following an initial career in Banking Andrew has been involved in the UK Philanthropic sector since 1993. He went on to lead Lloyds TSB Foundation for Scotland as Chief Executive until 2008, when he became Founding Chief Executive of Inspiring Scotland.

Andrew has led the development of a wide range of innovative programmes to support Scottish charities to scale and to help tackle key social challenges both in the UK and in developing countries in Asia, Africa, Eastern Europe and South America. His pioneering work was recognised in the 2008 Beacon Prize awards. A fellow of the Chartered Institute of Bankers in Scotland, Andrew’s non-executive career has spanned Broadcasting, University Sector and Community Development. Andrew is a Board Member of the European Venture Philanthropy Association, is on the Advisory Board for The Centre for Charitable Giving and Philanthropy, he also serves as a Member of a Ministerial Task Force on Health Inequalities.