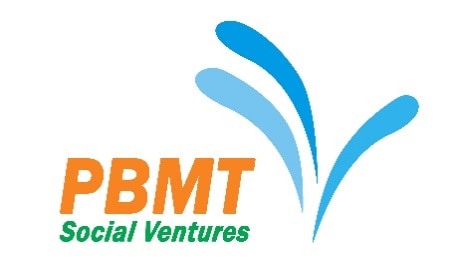 South East Asia has experienced sustained economic growth over the past three years. However, negative spill overs such as widening income gap, inability of minority or marginalised participating in the growth and mismatched or limited growth in the rural areas have exacerbated poverty in this part of the world. Nearly 40 million people in Indonesia still live on less than US$1.25 a day. Many of them do not have access to institutional finance.Microfinance is recognised by the World Bank as an effective tool for poverty alleviation. Financial services such savings, loans and money transfers will enable the poor to take advantage of economic opportunities, build assets, and reduce their vulnerability to external shocks such as natural disasters that affect their living standards. There are several commendable organisations endeavouring to combat the issue of poverty and one such organisation is PBMT Indonesia. PBMT Indonesia was set up as a savings cooperative in 2005. Over the past 10 years, it has developed a responsible microfinance scheme based on the Syariah principles of profit and loss sharing This model promotes a collaborative working relationship between the borrower and the lender. Not all of PBMT Indonesia’s work is focused on providing access to capital. As it is imperative in any community to raise education levels and improve healthcare for the general populous, PBMT Indonesia has developed various social programs across its network to address this.

About PBMT Indonesia
PBMT Indonesia has established PBMT Social Ventures in Singapore to support its expansion plan in Indonesia and South East Asia. Please join us for the webinar, where PBMT will share with the community its unique model of poverty alleviation via microfinance and philanthropy. 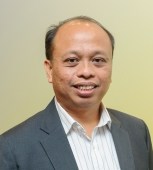 Alfie Othman has had a successful banking career of over twelve years in J.P. Morgan and Citibank. Alongside his private sector work, Alfie has devoted significant time to the public sector and civil society. Alfie is also recognised as a Social Enterprise practitioner within Singapore. In 2004, he set up an industrial catering kitchen which provides jobs to workers from the marginalised sectors, such as ex-offenders, single mothers, and the disabled.

Alfie’s involvement in the social enterprise community in Singapore also included work with a number of government ministries. He was appointed to sit in the Social Enterprise Steering Committee chaired by Phillip Yeo and was assigned to the Strategic Planning and Finance Sub-Committees. The Steering Committee was tasked with developing and presenting recommendations to the government on methods of promoting social economy and social entrepreneurship in Singapore. In the finance committee, Alfie was part of the evaluation team that provided a start-up grant of up to SGD 300,000 per applicant for budding Social Entrepreneurs.

Subsequently, Alfie joined a four-member pro tem committee to set up the Social Enterprise Association and is now the Executive Director. The Social Enterprise Association represents one of the important intermediaries in the social enterprise sector and has a membership base of close to 450 members. Alfie also initiated the formation and is the head of the first urban microcredit scheme in Singapore. The Micro Credit Business Scheme was launched in November 2011. He is also advisor to PT JavaCrop, a community plantation project and BMT Ventura, an investment venture company that manages a micro-finance co-operative with a membership base of 2.2 million people in Indonesia.

To register for the webinar, please click on the below link: