About The Rockefeller Foundation 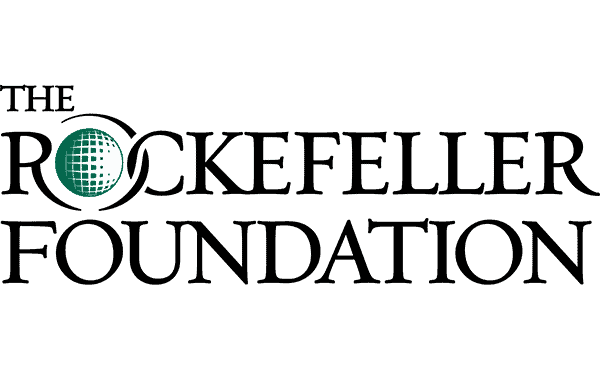 ABOUT THE ROCKEFELLER FOUNDATION: For more than a century, The Rockefeller Foundation has been dedicated to a single mission: promoting the well-being of humanity throughout the world. Endowed by the American philanthropist John D. Rockefeller and chartered in 1913, The Rockefeller Foundation has been instrumental in advancing solutions for among the greatest challenges of our time from eradicating hookworm in Southeast Asia, to the Green Revolution that helped prevent global famine, to putting universal health coverage on the Sustainable Development Goals agenda. Today, we work at the intersection of energy, health, food security, cities and economic opportunity. Together with partners and grantees, The Rockefeller Foundation strives to catalyze and scale transformative innovations, mobilize systemic change to benefit poor and vulnerable people around the world, create unlikely partnerships that span sectors, and take risks others cannot or will not.

ABOUT THE ROCKEFELLER FOUNDATION IN ASIA: The Rockefeller Foundation has a long-standing history in Asia, having worked to address major challenges of the 20th century, from helping the government of Thailand establish its first department of public health to establishing the China Medical Board in 1914 to revolutionize medical education. In recent decades, the region has experienced unprecedented advances in the forms of strengthened education systems, improved health care, and reduced poverty. Despite this incredible progress, the path to development has been unstable and uneven. Much of The Rockefeller Foundation s current focus in Asia, led by our office in Bangkok, Thailand, has been on empowering rural communities by accelerating access to sufficient and reliable electricity to enable growth and enterprise and helping urban communities cope with the imminent consequences of climate change through the establishment of the Asian Cities Climate Change Network and pioneering 100 Resilient Cities. Across Asia, including in Myanmar, we have also pioneered linkages between disease surveillance networks.

Events Organized by The Rockefeller Foundation