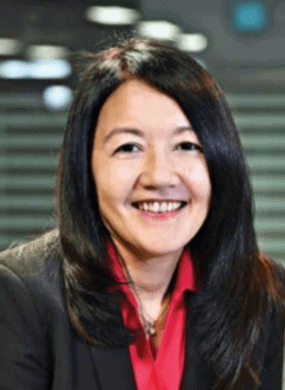 Ms Jacqueline Loh Wai Yin is the Deputy Managing Director for Markets and Development in MAS. She oversees the Markets and Investment, Development and International, as well as the FinTech and Innovation Groups.

Jacqueline joined the MAS in 1987. She has experience in several functions across MAS, including overseeing the Finance, Information Technology and Risk Group from 1 April 2010 to 31 January 2012. Prior to her current appointment, Jacqueline was Assistant Managing Director, in charge of the Prudential Policy, Macroprudential Surveillance and Specialist Risk Supervision Group. Between 1990 and 1994, Jacqueline worked in MAS’ New York Office.

Jacqueline graduated with a Master of Business Administration from the University of Washington in 1986. She is a Member of the Executive Committee of the ASEAN+3 Macroeconomic Research Office and the Institute of Banking & Finance Council. Jacqueline serves on the HDB Board and the Board of Governors of the Wealth Management Institute. Jacqueline is also a Member of the Board of Trustees of pension savings schemes in a couple of Ministries and is a Director at Infrastructure Asia.