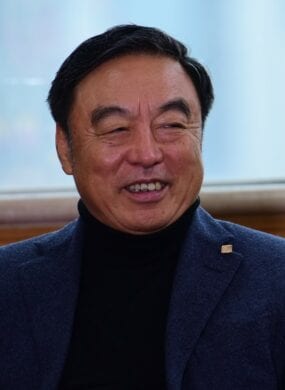 In November 2015, Ma Weihua was elected Chairman of the Board of Directors of CGPI. The Institute was founded by five American and Chinese philanthropists, Bill Gates, Ray Dalio, Niu Gensheng, He Qiaonyu and Ye Qingjun. The Institute is committed to constructing a philanthropic knowledge system, professionalizing philanthropy education in China, advancing international exchanges and cooperation in philanthropy, and the reform and innovation global philanthropy.

Dr. Ma has received numerous awards and acknowledgements from established institutions and media both domestically and internationally. He sits on the Strategic Committee of the CGPI Social Finance and Innovation Center (SFIC), and the Center, which was founded in 2016, was selected as the “2016 Top Ten Caring Events in Shenzhen”. Dr. Ma was also included in “China Philanthropist Personages" in 2016 and 2017, and was honored to be named a laureate of the 12 th Compassion Award 2017. He was included in the “2017 iAsk Future Financial Leaders” for advocating social finance in China and “2017 Top Ten Chinese Social Promoters”.