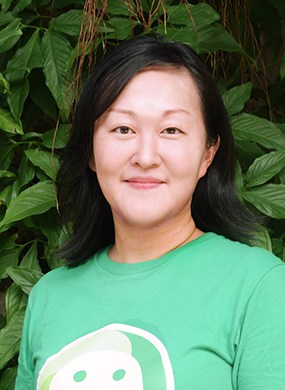 Tammy Hu believes it’s possible to stop climate change, and that the power to do so lies with all of us. She is a Founding Gardener of DOMI Earth 綠然能源—a social enterprise that turns everyday people into climate leaders and equips them with tools to take simple, effective actions like saving energy. DOMI’s approach earned the attention of the global B Corp movement, and in 2014, DOMI became Taiwan’s first Certified B Corporation. Tammy heads an energetic team in Taipei and travels worldwide to lead consulting and speaking engagements for government agencies, corporations, and the general public. She also contributes her time to fostering the B Corp movement in Asia as a co-founder of B Lab Taiwan and a driving force behind the B Corp Asia Annual Forums in 2016 and 2017. Before launching DOMI and the B Corp movement in Taiwan, Tammy spent a decade building businesses, brands, and buzz in industries in finance, e-commerce and fashion.