Development of Inclusive Finance in China 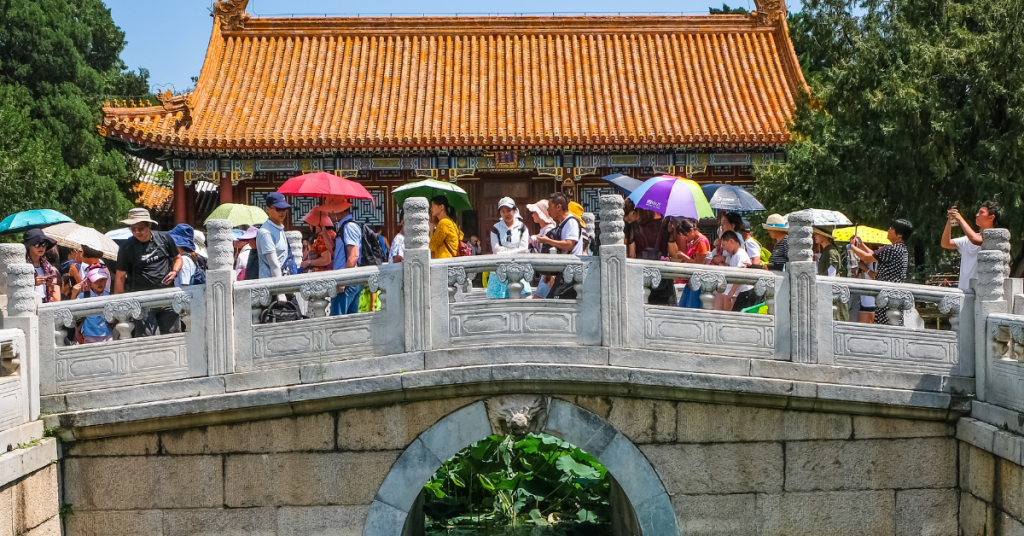 On 15th June 2021, the Ministry of Finance of China issued 9.215 billion RMB of special funds for the development of financial inclusion. 68.8% of the fund is funneled into subsidised interest and incentive funds for guaranteed business loans.

Financial inclusion refers to efforts to make financial products and services accessible and affordable to all individuals and businesses, regardless of their personal net worth or company size.  The journey towards financial inclusiveness in China has many similarities with neighboring markets, but its development is bumpier than you expect.

1990s – 2010: Rooted in Philanthropy and integrated to the banking system

In the beginning, just like in many markets, financial inclusion was based on a mixture of local philanthropy tradition and learnings from Grameen Bank, Bangladesh. China had the Yizhuang system, or folk relief organizations, to support entrepreneurs and widowed families based in clans. This was later replaced by government efforts, such as the Women’s Federation, when the new government formed in 1949.

In the 1990s, financial development institutions – such as UNDP and World Bank – and international NGOs – such as Plan International – joined hands with China Academy of Social Sciences, All-China Women’s Federation, and the Ministry of Commerce, to initiate over 300 Microfinance Institutions (MFIs) following the Grameen Model. Chinese funders such as the Leping Foundation joined the movement.

In 2006, the China Banking Regulatory Commission (CBRC) issued a policy to support microfinance development. Private capital got into the scene. A former intern of Grameen Bank working in Wall Street had returned to China and opened a microcredit company: CreditEase.

At the same time, MFIs started to disappear because of stiff competition, a lack of funding, and an over-indebtedness problem.

In 2010, after India’s microfinance crisis, Chinese regulators began to take note of the potential risks with microfinancing, such as over-indebtedness and fraud. CFPA Microfinance, the microfinance company founded by the China Association of Poverty Alleviation, started to merge smaller MFIs and improve management to mitigate risks.

2011 marked the first year of Internet Finance in China. This was a significant year as it saw the rise of online payment, peer to peer lending (P2P), credit scoring, and more online services.

Inclusive Finance has evolved. It became easier for people to borrow and lend online. Top tier asset managers such as Morgan Stanley, IDG, KPCB, along with amateur investors from non-financial backgrounds, entered the sector. Entrepreneurs in P2P started to call themselves “financial innovators”.

In the same year, China’s Central Bank, People’s Bank of China (PBoC) founded the Financial Consumer Protection Bureau. In 2012, leading organisations such as Visa China started to provide financial literacy programs to vulnerable financial clients, including rural residents and migrant workers. It grew into a system that reached 10.8 million rural residents by 2020.

In November 2013, the national congress of Communist Party of China formally proposed to “develop inclusive finance, encourage financial innovation, and enrich the levels and products of the financial sector”.

A year later in November 2014, Queen Máxima of the Netherlands hosted a roundtable in China meeting Inclusive Finance leaders and practitioners. After two decades of international joint efforts, China has finally found its own way, and created a thriving ecosystem.

In 2013, China entered the 4G era. WeChat started to provide online payment service, and Alibaba group’s Ant Financial was founded in 2014. The infrastructure necessary for a cashless society came into shape. With these online payment platforms, people could borrow and lend money, as well as make investments, from their phones in mere seconds.

In 2015, the industry-wide volume of P2P exceeded one trillion RMB. In December, CreditEase’s Yirendai was listed on the New York Stock Exchange (NYSE). A few leading platforms also followed its steps and got listed internationally. At the same time, more platforms fell, but they were mostly Ponzi schemes and private money lenders with broken capital chains. The draft of internet finance regulatory rules was issued, and regulators expected P2P to ease the financing difficulties of SMEs.

In 2016, the 11th G20 Summit was held in Hangzhou, and G20 Advanced Principles for Digital Inclusive Finance was adopted. In the same year, Ant Financial, the biggest Fintech company, made a strategic investment in CFPA Microfinance, which has merged most of the rural MFIs in China and built a strong network. CFPA later renamed itself CD Finance. With CD Finance, even farmers in remote areas could access fintech services.

The Ministry of Finance’s data showed that the central government issued 10 billion yuan of special funds for the development of inclusive finance in 2018, an increase of 29.85% from 2017.

In 2020, the pandemic increased the SMEs’ financial needs, but the risks of lending to SMEs also increased. The regulators strengthened the assessment of banks’ support for financial inclusion and increased the tolerance level for non-performing loans, but balancing social responsibility with operational risk is a difficult task for banks.

From 2019 to 2020, the actual operating P2P lenders had all been zeroed out. Industrial leaders such as CreditEase, however, had gradually transformed into fintech and wealth management firms before this occurred.

Consumer Finance, the online loans, also have been questioned for charging high interest of  15%-35% annually and encouraging over-indebtedness among the youth. A 2019 report by marketing research firm, Nielsen, found that 86.6% of Chinese consumers ages 18 to 29 were using credit products. According to Ant Financial’s IPO prospectus, 500 million people in the year before June 30, 2020 have been borrowing from their platform. In October 2020, Jack MA, founder of Alibaba and Ant Group, criticised China’s risk-averse financial regulators at a forum in Shanghai. In the first half of 2020 alone, Ant’s net profit was 21.9 billion RMB.

In March 2021, the central bank issued Notice No. 3 of 2021 specifying that “all loan products shall express the annualized interest rate of the loan.”

In the rural area, the banking system is providing zero to low interest loans to farmers to alleviate poverty. In some remote areas without village banks or credit unions, microfinance is delivered by CD Finance and local MFIs. For example, Incofin, a global impact asset manager that has been lending to Chinese MFIs for almost a decade, became an equity investor of Ningxia Huimin in 2020. Ningxia Huimin serves financially excluded low-come female smallholder farmers in Ningxia Hui (Islamic) Autonomous Region, an inland province in China’s underdeveloped northwest whose GDP per capita is less than half of its coastal counterparts.

In the townships and cities, online P2P lending has disappeared. In contrast, anyone could borrow from WeChat, Alipay, JD, and consumer finance institutions. Banks also have KPIs in providing SME financing. There are frauds through new channels especially online social media, but overall speaking the urban microfinance industry is more transparent.

The internet giants are “forced” to become less profit driven, not only them but also many young companies are exploring Fintech innovations such as AI, Blockchain, Cloud, and IoT. They expect to become the next Jack MA of their era.

In May 2021, Central Bank and other six departments issued the new policy, Steadily Expand the Rural Inclusive Financial Reform Pilot to Promote the Development of New Agricultural Business Credit Loans. Leping Foundation and its peers are still cultivating in this area.

China’s national digital currency is available in a few leading banks’ APPs, built with Blockchain and Cryptographic technology. As a new price tool that provides new information access and more, it remains to be seen how this movement will change the market and affect the world.

Despite the booming fintech industry and the rise in innovative service delivery models, Dina Pons, Regional Director of Incofin highlights the continued need for high-touch traditional MFI service models to complement fintech solutions. “There are still last mile clients who are either technically less savvy or have few digital footprints for big data models to work,” she said. It is good, however, that the government is recognising the importance of inclusive finance and standardising regulations. The latter will make the regulatory environment easier to navigate for foreign investors.

Private companies such as CreditEase will continue to support the growth in this sector. On CreditEase’s 15th Anniversary, the CEO Tang Ning made a pledge to work with more partners to share capabilities in software, solutions, and other business aspects. “We will continue to provide more diversified and innovative products and services,” he said. “The high-growth business service platform we have established will continue to help innovative entrepreneurs.”

China’s progress should be evaluated by how much they meet the UN’s goal regarding financial inclusion, said Bai Chengyu, Chairman of China Association of Microfinance. The focus is particularly on enhancing access to financial services for individuals and micro, small, and medium enterprises (MSMEs). Only when there is universal access to a wide range of affordable financial services provided by a variety of sustainable institutions, especially for individuals and MSMEs, then China can claim to have truly attained financial inclusion.

Opportunities in Sustainable Finance: How To Build A Resilient Ecosystem?