Home » Listening to the Voice of the Beneficiary 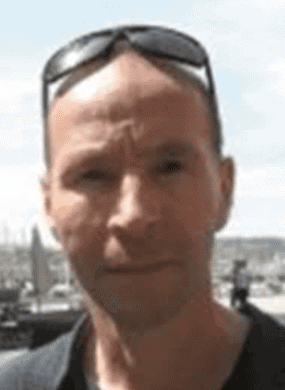 Listen4Good (L4G), a project set up by Shared Insight in the US in 2016 has pioneered a method to collect beneficiary feedback by means of simple survey which can be completed either on paper, online or by phone or text. At the prompting of AVPN, L4G has made its Asian debut and at a session at the recent AVPN conference in Singapore, we heard some of the early results. There were two funder representatives in the room. Darren McConnell of the Lord Mayor’s Charitable Foundation in Australia, which works principally in housing, education and employment in Melbourne wanted to use the method to get more evidence to show to donors. Jason Chuei of Expedia Group remarked on the importance of feedback in the corporate world (he is the community impact arm of the travel company). You need to know the needs before you design the programme. Again, it sounds like common sense.

The Lord Mayor’s Charitable Foundation worked with a non-profit in Melbourne, Women’s Property Initiatives (WPI) which provides accommodation to single women and their families. Through a third party, WPI held focus groups with around 40 of its 220 clients. Notable results had been a change in confidence among the women. They felt empowered, said McConnell, by being asked. They had become participants, not just clients. By contrast, a negative finding – the survey revealed that there were not as many applicants to the WPI programme as the organisation had hoped – was also an important result.

In the other case, Jason Chuei had been approached by an existing grantee, a Singaporean organisation called Daughters of Tomorrow (DoT), who wanted to use the technique to solve a particular problem related to their work of providing low-income women in Singapore with sustainable livelihoods. An obstacle to this is the cost and availability of childcare. Childminding networks had been set up in different neighbourhoods, which had yielded different results. DoT wanted to use L4G to understand those differences. It had taken a while to find the right means of approach. Initially, they used a paper survey, but then used WhatsApp to make it more accessible. They’d found that it worked best where there were several points of information – posters, word-of-mouth, social media messages – which meant that the leaders of the project could save time on direct outreach. The survey had been put out in English first, then Siti Zubaidah of DoT, had helped with translation into Bahasa. Ultimately, she explained, it had been found best to use both as some of the women communicate in a mixture of the two.

In addition to using it to understand where and how to address the shortage of childminding, DoT also wanted to use the methodology to increase the capacity of the women in the childminding networks (through whom the survey was implemented) and to train women leaders. Rosilah Binte Abdul Hamid, also on the panel, was an example. She had been part of the childminding network, become one of its zone leaders and now works for DoT. In terms of results, one surprising finding of the L4G work had been that most of those who joined the childminding networks did so to help someone else, said Carrie Tan of DoT – in other words, they were givers rather than takers, something which has made DoT reconsider its outreach strategy.

Crucial is that the surveys are kept simple and are adaptable to different levels of literacy and access to technology. They comprise a mixture of scored (‘on a scale of 1-10, etc, etc’) and open-ended questions (‘What does the organisation do well?’ ‘Would you recommend it to….?’

According to Melinda Tuan of Shared Insight, most users in the US are making changes based on the feedback. Use of L4G has transformed the Nurse-Family Partnership in the US, for example. The organisation now has an entire feedback department, she said.

But there is a distinction to be made here: the effects on the non-profits involved, like NFP, or DoT, who are at the sharp end are likely to be more visible and more immediate. What do funders, who are at one further remove, get out of it? Generally, the satisfaction of a job well done, vindication and refinement of their work. It may be enough. In terms of direct effects, Darren McConnell said that the Lord Mayor’s Charitable Foundation now included beneficiary representatives on its grant panels and had changed its language based on the surveys.

It’s worth remembering that it’s still early days for the work in Asia and even in the US, L4G is still in what the project website describes as the ‘test-and-learn’ phase.

Two things which the funders involved in the cases at the AVPN conference session have in common to bear in mind: a good existing relationships with the grantees through whom the survey was run and the need demonstrate to an external party the value of their work – in the case of the Lord Mayor’s Charitable Fund, to donors, in that of Expedia, the company’s main corporate body (Expedia has not CSR budget, it needs to fundraise and to encourage people to volunteer). Will funders who have the luxury of their own resources feel the same stimulus? It may be that, in the end, the motive for the L4G programme – the distance between funders and end-beneficiaries – is also the thing that stops them being curious about it.

In the meatime, L4G is both laudable and exciting. It will be interesting to see results as they come in from the roll-out phase planned over the next few years.