The One Nation One Ration Card scheme is fast gaining momentum in India: how can it meet its ambitious scope? 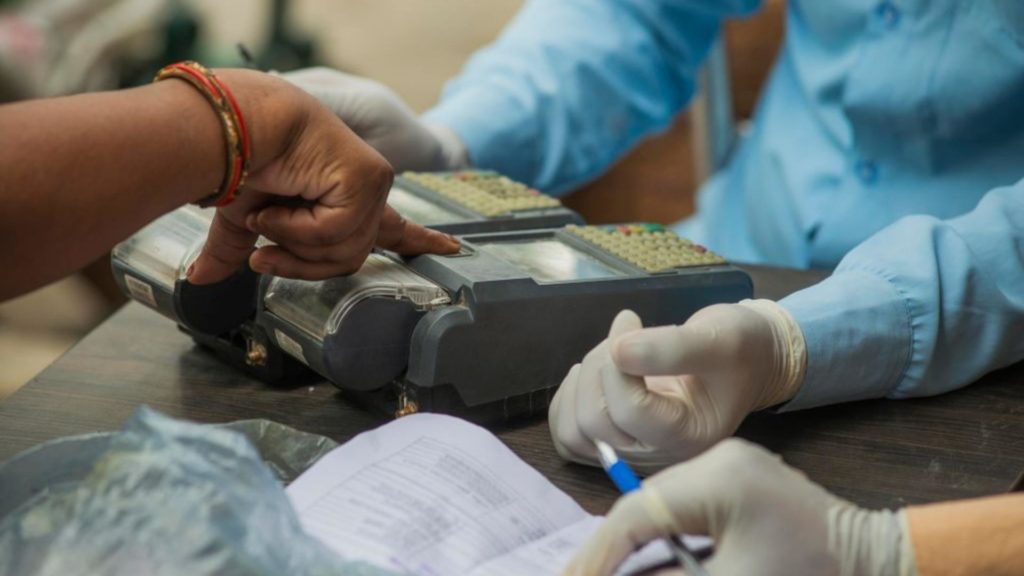 The Public Distribution System (PDS) has been the backbone for ensuring food security to millions of low-income households in India since its creation in the 1940’s. With the launch of the One Nation One Ration Card (ONORC) initiative in 2019, this system further underwent a momentous shift through the introduction of ration ‘portability’. It meant that for the first time, families could avail their rations at any fair price shop of their choice. Vulnerable populations like the 67 million migrant households dependent on this system could access their monthly quota of rations within and outside their home state at a subsidised rate. Others could now choose a preferred local shop and avoid the inconvenience of being tied to their registered fair price shop.

Now more than two years into the initiative, with portability being adopted by every state and union territory the receptiveness to ONORC is apparent – and yet, there remain gaps. Identifying these opportunities for improvements could massively benefit beneficiaries as well as PDS dealers in the value chain. In our recently published report titled ‘Fulfilling the promise of One Nation One Ration Card: A frontline perspective from 5 states’ with support from Omidyar Network India, we attempted better understand how the system is working. We surveyed nearly 6700 low-income households and 1500 PDS dealers in five early adopter states of Andhra Pradesh, Jharkhand, Karnataka, Rajasthan, and Uttar Pradesh. Here’s what we principally found.

Awareness around portability: How can it be improved?

While most households surveyed across the study states were aware of portability (48% were fully aware and 31% partially knew about it), a significant number especially in the state of Jharkhand were keen to try it but did not know about it. We realised that there is still immense value in running awareness campaigns through local news media and PDS dealers (where a significant number get their information) that could unlock benefits for an estimated 880,000 households in the study states.

Overall, 88% of households reported success each time they used portability and had a positive experience while accessing their rations. Interestingly, we found that ONORC’s portability feature was largely leveraged by non-migrant households who exercised their ability to choose between different fair price shops. Although our study could not cover inter-state migrant experiences, our analysis still provides valuable perspectives for intra state migrants and non-migrants.

Despite good uptake in general, a significant number of households, (and within the surveyed states, especially so in Rajasthan and Uttar Pradesh) experienced higher transaction failures due to tech issues. Upgrading the Electronic Point of Sale (ePoS) devices 4G- or 5G- enabled, for instance, could help up to 210,000 Indian households per month who routinely experience transaction failures due to poor connectivity and an additional 1.3 million families across the country who face a similar issue under PDS in general. In cases where biometric authentication fails, our report recommends having an offline system in place through which transactions can be completed. Establishing such guidelines could potentially benefit 240,000 households that use portability and 650,000 families that could not get food at all under PDS.

How to serve the under-served: marginalised women and other vulnerable groups

Our report recommends making the scheme more inclusive, by bringing special focus to the unique documentation challenges faced by women who are widowed, separated, or divorced, as well as other vulnerable low-income groups. Addressing the failures that result from not refining our underlying processes will go a long way towards ensuring these women are able to avail entitlements under PDS and freely benefit from the agency of choice that ONORC promises.

PDS dealers: how did they experience portability?

What was initially a controlled supply environment with fixed customers, set outflow of rations and timely stock replenishments is now a beneficiary-oriented market. Awareness amongst dealers was limited to mostly intrastate portability, and they often lacked awareness of exception handling mechanisms during transaction failures or denied service due to perceived fear of running out of stocks. 32% of PDS dealers were concerned that portability would make their business model unviable, mostly because their inability to handle demand surges (owing to variable demand under portability) might render them unable to serve their regular customers and result in losing out on this base. Rules for requisition are different across states and learnings from Andhra Pradesh on flexibility in this area might serve as an example for other states. Another recommendation in our report is to deploy data analytics to map demand patterns and portability uptake. This can be particularly useful to predict the demand and thereby manage procurement, allocation, storage, and distribution of rations.

Where do we go from here?

Strengthening the public discourse around the One Nation One Ration Card scheme by enabling policymakers with rich data and possible solutions will help make the scheme more efficient and equitable. While advocacy efforts might build on this report, we recognise that further research is required to unpack the experience of availing rations under ONORC and PDS particularly for inter-state migrants. Migrants being the centre of focus for ONORC, it is imperative to deep dive into how the inter-state portability transactions are faring and potential areas of improvement. Similarly, understanding the challenges and experiences of women requires further exploration. Moreover, since this is one of the first studies to review and report supply side perspectives, we feel like our research is not the end but rather a starting point for deeper analysis into understanding the leakages in the system through additional Human Centred Design interviews and focus discussions with PDS dealers.

It is also worthwhile to explore what lessons ONORC can offer to other social protection schemes in the country so that no individual is left out of the security net. Being a highly performing initiative under the PDS system that is already far reaching in India, learnings from these networks and digital architecture can be emulated, layered or built upon to transport other services and aid several developmental interventions. After all, a robust program like PDS builds credibility and capacity for other social sector interventions.

Swetha Totapally, Partner at Dalberg Advisors is a leader of the firm’s gender equality and technology practice areas. She directs many of the organization’s efforts on government entitlements and initiatives in India including the State of Aadhaar initiative.

Philanthropy Under the Magnifying Glass: What are Short and Long Term Priorities?