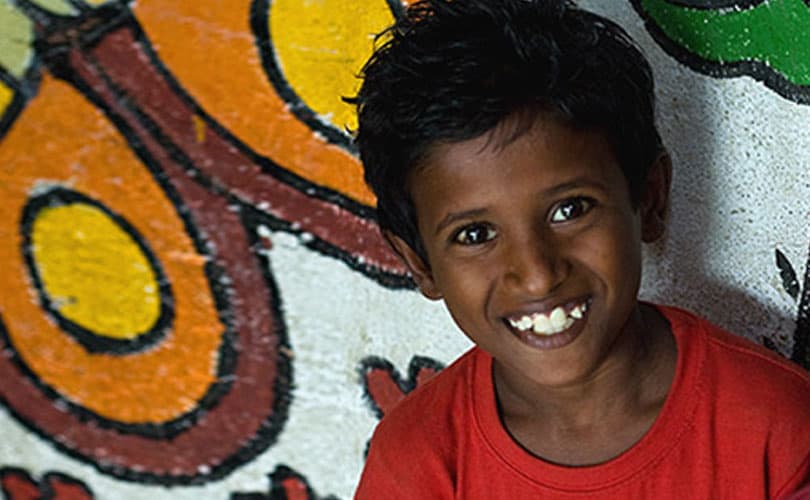 Pre-engagement processes include sourcing, screening (including due diligence) and structuring social investment deals. Social investors need to be creative about how to locate suitable deals and make the pre-engagement process effective. Often, there is even a stage before spotting deals, wherein many social investors build the pipeline by raising awareness of social entrepreneurship. Once funders locate suitable organisations, understanding the organisations and its goals, also known as conducting due diligence, can be a lengthy and expensive process. Practices can be proprietary depending on the funding organisations’ aims, but almost all investing organisations do have a process in place and use a number of documents and interactions to determine whether the engagement is fruitful for both sides. The last stage of the process includes structuring the engagement. This structure ranges in complexity depending on whether resources are shared such as consulting and/or expertise, equity is bought by the investor, debt is accumulated by the organisation or grants are given.

In previous AVPN conferences, participants highlighted the role of partnering and co-investment in order to access deals and minimise risk. As we build the sector’s knowledge, we are keen to understand what works for different social missions and investments (expertise, grants, debt, equity) and share our findings here. The case of Edelgive Foundation illustrates the approach of a foundation providing mainly grants, yet also selecting organisations whose capacity can be built.

In this report, AVPN highlights EdelGive Foundation’s pre-engagement strategy as an example of an organisation that collaborates actively with non-profit organisations and their co-funders to streamline the initial phase of its partnership process.

EdelGive’s partner organisations are typically 2-3 years old and in the seed and scale stages of development. EdelGive identifies these phases as crucial periods for an organisation, as it holds significant potential for impact and investment. It works to empower these organisations in scaling their operations, after which EdelGive is able to backtrack and allow them to develop independently.

EdelGive Foundation aggregates funds from high net worth individuals (HNWI), foundations, Edelweiss and other corporates, employees and other partners. It then channels these into financial support and organisational capacity building to non-profit organisations with the aim of creating a high impact social sector. Till date, EdelGive has invested approximately 35 crore in over 60 non-profits and has impacted over 260,000 lives across India.[ii]

Significant to EdelGive’s development is its strong connection to its parent company, Edelweiss. EdelGive is able to leverage Edelweiss’s resources to sustain its zero cost platform. In covering all of EdelGive’s administrative costs, Edelweiss allows the foundation to channel all funding from its partners directly to the non-profit organisations it supports. Beyond financial assistance, Edelweiss, with an employee strength of over 5,000 professionals, is able to offer corporate volunteers who work on a pro-bono basis in identifying capacity building gaps and offering key recommendations to non-profits. Edelweiss also provides instruments such as systems, processes and technology that are crucial for an efficient operational structure.[iii]

The social sector in India is extremely dense and diversified, holding approximately 3.3 million non-profit institutions.[iv] Given the sheer number of non-profits operating in India, EdelGive has implemented an efficient pre-engagement strategy to identify potential investees for partnership.

EdelGive looks for non-profit organisations that are in the seed and scale stages of development with potential for serious investment. It screens potential investees based on their programme’s structure, impact, sustainability and leadership. For this process, the foundation employs sector experts in sourcing credible non-profit organisations for potential engagement.[v] EdelGive meets frequently with its existing non-profits and their investees, gaining thorough insight into partnerships between organisations that are working on similar projects.[vi] EdelGive also relies heavily on their sectorial understanding, referrals from its existing network and the regional media.

Notably, EdelGive does not invite applications for partnership from non-profits. Naghma Mulla, Chief Operating Officer at EdelGive Foundation, indicates that inviting applications will result in an overwhelming number of appeals, thereby leaving other well-suited organisations neglected.[vii]

EdelGive does not impose general conditions for partnership but instead employs a different set of parameters for each organisation it engages.

Due Diligence & Evaluation – Testing the partnership in a three-step process

EdelGive’s investment process is grounded on evidence-based impact evaluation that assesses non-profits for credibility. Once EdelGive identifies a prospective organisation through the sector experts on the due diligence team, it first takes 2 to 3 months conducting due diligence and surveying the organisation’s projects. EdelGive conducts a field visit to prospective investees that qualify after its due diligence stage to examine the organisation at a grassroots level. Furthermore, EdelGive gathers both the non-profit and the non-profit’s co-funders in meetings to engage in active dialogues about its progress and challenges. By facilitating an open environment for genuine discussion, EdelGive is able to discern if the organisation is suitable for partnership.

Following the initial assessment through the EdelGive team, EdelGive commissions a third-party verification of the non-profit and also asks for references from other funders who have worked with the organisation. These three steps allow EdelGive to gain a holistic view of the organisation before investing.

Noticeably, EdelGive locates potential organisations and conducts its due diligence before structuring a deal around the investees’ needs and EdelGive’s resources. For other funders or social investors in this field, this first phase can often be more of a marketing phase while the deal structuring tests the work partnership. For EdelGive, “transparency is key.”[viii]

Once EdelGive agrees to fund a non-profit, it signs a Memorandum of Understanding (MoU) to establish key timelines, KPIs and deliverables. Usually, the total grant amount is divided into tranches that will be distributed according to milestones. This deal structuring process typically requires a period of 1.5 months.

These milestones are not necessarily set in stone. At times, especially in agriculture, the milestones may not be achieved due to climatic conditions such as drought. In these situations, EdelGive benefits from the transparent relationship it built in the first part of their due diligence and expects a pro-active renegotiation of these from the NGO’s side.

EdelGive recognises that collaborating with non-profit organisations and their co-funders is necessary in magnifying social returns. This does not mean to suggest that EdelGive engages with other funder organisations for co-investment, as doing so will result in unnecessary complications. Rather, EdelGive strives to identify and work on areas in the non-profit space where other funders have yet to invest in. This prevents overlaps between projects and allows non-profits to receive the greatest value-add from its investors. Also EdelGive informs other funders about the funded non-profits to allow others to consider financing other aspects of the non-profit’s growth.

Since its inception in 2008, EdelGive has experienced significant growth and internal development. The Foundation has managed to maintain a steady deal flow while balancing its resources and has succeeded in building meaningful partnerships. Its activities currently span across 10 different states in both rural and non-rural communities in India.[ix]  In the following section, we highlight key elements in EdelGive’s pre-engagement strategy that have been central to its success.

While it is important to delve into the specifics of an organisation, such as its projects, deliverables and grants, EdelGive prefers to adopt a top-down approach when working with its non-profit partners. Having an overview of the organisation and its broader context is necessary in understanding how it operates, and in locating areas in which it may be lacking. Furthermore, EdelGive notes that being actively concerned about the non-profit’s position in the field of social impact and its future prospects will generate greater satisfaction from the non-profit.

At the core of EdelGive’s operations is a professional team, 80% of whom come from a social work background and 20% from a financial background. EdelGive values experience in the social sector greatly, since social workers have networks in multiple states and are familiar with grassroot operations. Given that EdelGive does not invite partnership applications from non-profit organisations, an in-depth understanding of the sector and continuous updating of expertise through site visits and conversations allow EdelGive to convert grassroots experience into a tangible pipeline of deals. Furthermore, with employees from a range of professional backgrounds, EdelGive is able to overcome cultural and linguistic borders and succeed in extending its activities across India.

EdelGive remains deeply engaged with its partners throughout its investment process. It adopts an open and hands-on approach in its due diligence process by encouraging non-profits to be open about their problems and achievements. Doing so allows EdelGive to get an immediate sense of the organisation’s overall structure, impact and sustainability. EdelGive is therefore able to preserve a high retention rate for its partnerships once the investment process commences. This prevents time, effort and resources from being spent on investigating partnerships that are incompatible.

EdelGive readily identifies with its partners’ failures and achievements as it emphasises that transparency is key to creating partnerships based on mutual trust. It remains responsive to its partners’ challenges and circumstances. For example, in situations whereby an agricultural programme is stunted by natural disasters such as flood or drought and crops are destroyed, EdelGive understands that it cannot continue to enforce predetermined metrics. It encourages the non-profit to take the initiative to approach EdelGive as soon as the problem arises such that they are able to discuss solutions for immediate action.[x]

When EdelGive was first founded, many organisations in the social sector were hesitant in sharing valuable data and information. The Foundation has since made a conscious effort to foster an environment of mutual sharing and exchange of information. EdelGive achieved this by making it a priority to build connections with donors and encourage cross-learning through annual dialogues, workshops and knowledge sharing sessions. Funders and non-profit organisations are thus able to draw upon each other’s experiences, ultimately enabling the social sector to develop collectively.

In establishing its credibility and position in its field, EdelGive is able to engage with a diverse range of investors and philanthropists to create a robust co-funding model that seeks to boost transparency and accountability. This network is crucial in all 3 of EdelGive’s pre-engagement process:

EdelGive contributes actively to the sector’s database, providing valuable information and avenues for other co-funders to build on their efforts in the organisations that EdelGive has invested in.

With 7 years of experience behind it, EdelGive is currently on the verge of serious growth. It has developed extensive networks, gained significant sectorial expertise, and now possesses the confidence to initiate further expansion. However, EdelGive notes that in order to facilitate this process, it must look internally to restructure its team in preparation for anticipated growth.

“About Us,” EdelGive Foundation, available at http://edelgive.org/subcat.php?scid=4&ccid=1 accessed July 3, 2015