Can venture philanthropy turn on Southeast Asia to clean energy? 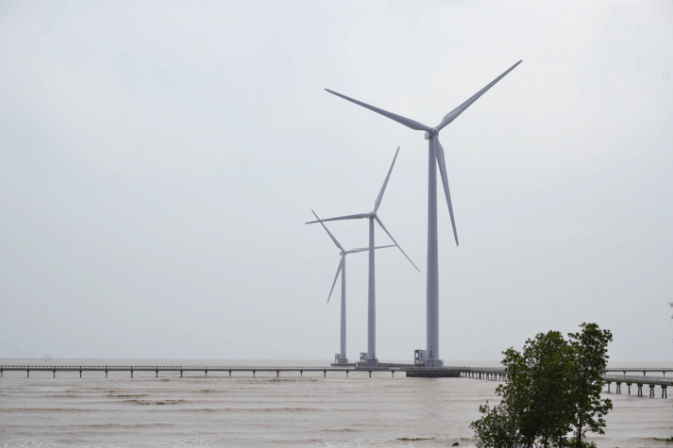 Venture philanthropy is relatively rare in Asia, where charitable donations are the norm for tackling social and environmental problems. But more strategic funding can help Southeast Asia rapidly transition to clean energy, says one of the world’s most powerful venture philanthropists, Eileen Rockefeller Growald.

Born into one of the world’s richest families, the Rockefellers, whose vast wealth was amassed from the American oil boom in the late 1880s, Eileen Rockefeller Growald is a venture philanthropist focused on using her family’s money to help the world switch to clean energy.The 67 year-old founded the Growald Family Fund with her husband, Paul Growald, a little over a decade ago. “Climate change was, and is, the number one threat to all of the things we care most deeply about,” she told her audience at the Asian Venture Philanthropy Network Conference (AVPN) 2019 in Singapore last week.

In her keynote address, she said that her family “came to see that everything, including world peace, was threatened by the dramatic change in the earth’s climate.” She was in Singapore to share her experience on how venture philanthropy can aid the clean energy transition in Southeast Asia, the only region in the world where coal—the single biggest source of greenhouse gas emissions—is gaining share in the energy mix.

Venture philanthropy is relatively new to a region where, historically, charitable donations rather than the strategic allocation of funding have been used by wealthy family-owned businesses to tackle social and environmental problems.

Rockefeller Growald explained the difference: “Whereas charity provides generosity to individuals and institutions in response to their immediate needs, philanthropy addresses the root causes of major problems.”

But even with the vast financial clout of the Growald Family Fund, the challenge of moving Southeast Asia from fossil fuel dependence to clean energy doesn’t get much bigger. And it is the job of Athena Ronquillo-Ballesteros, the fund’s regional climate finance director, to work out where to—as Rockefeller Growald put it at the AVPN Conference—“invest and spend money wisely.”

“Giving money—charity—doesn’t change the world. We need to be change agents and address the root drivers,” Ronquillo-Ballesteros told Eco-Business on the sidelines of the AVPN Conference.

But changing the course of energy systems is not easy in a region like Southeast Asia, where corruption, vested interests, powerful state-owned energy monopolies and fossil fuel subsidies have left renewables largely in the dark; Southeast Asia has been slower to embrace renewables than the world’s poorest continent, Africa.

Ronquillo-Ballesteros is hopeful but realistic about her mission.

“The depressing thing is that Asean [the Association of Southeast Asian Nations] is so business-as-usual,” she said. While governments talk about their commitment to the Paris Agreement and achieving the United Nations’ Sustainable Development Goals, the rhethoric does not match their energy and infrastructure plans.

If we are serious about stopping carbon-intensive infrastructure, the finance side of the conversation has to shift significantly.

For instance, Indonesia, Southeast Asia’s largest economy, has committed to increase its renewable energy capacity to 23 per cent of total energy resources by 2025, in line with the Paris Agreement. But by that year, the country’s state-owned utility, Perusahaan Listrik Negara (PLN), plans to have doubled coal use.

Vietnam, which has the highest rate of renewables growth in the sub-region, plans to increase coal’s share of the energy market from 33 per cent to 56 per cent by 2030 to meet the country’s soaring energy demands.

The biggest challenge, says the forthright Filipina, is to make the business case for the clean energy transition, and help unlock stubborn policy and regulatory hurdles “without putting people in danger or burning relationships.”

She is all too aware that the best intentions of philanthropists based in the West are not often well received by countries that were colonised in the not-too-distant past.

Her fund’s strategy is to use data, analytics, and research—through local entities—to inform and influence policymakers on what the low-lying archipelagic region stands to lose from climate change and, more importantly, what it stands to gain from making the transition to clean energy sooner rather than later.

One example is the study Power Trip: Southeast Asia’s journey to a low carbon economy, produced by Eco-Business, which identified the drivers, barriers and opportunites that affect Asean countries on their energy transition journeys.

One gap that needs to be filled, says Ronquillo-Ballesteros, is an energy transition thinktank to advise energy ministers on the opportunities to decarbonise their electricity sectors while continuing to grow their economies. At the moment, there is only the Jakarta-based Asean Centre for Energy—but its predominant focus is fossil fuels.

Another challenge is to push the region’s banks to align with the Paris Agreement. Only three banks in the regional bloc, Singapore’s DBS, OCBC and UOB, have made any sort of commitment to stop financing coal—following prolonged pressure from Market Forces, an Australian green group funded partly by a group aligned with the Growald Family Fund.

One powerful argument against investing in coal is that it will become a stranded asset, losing value over time as the market shifts towards renewables. But, as Ronquillo-Ballesteros pointed out, it’s hard to talk about stranded assets with Southeast Asian banks as governments subsidise coal, propping up the sector.

“If everything is heavily subsidised, you [the banks] have nothing to lose. With subsidies in place, only the government will lose money,” she said, adding that the Singapore banks could show real leadership by encouraging their Southeast Asian peers to echo their commitments.

But even with finance and the best available technology to help renewables grow in Southeast Asia, the problem still boils down to politics and regulation, she said.

The leaders of Indonesia and the Philippines, Joko Widodo and Rodrigo Duterte, respectively, were elected on promises of poverty alleviation and bringing light to dark areas of their countries. “How do we show them that they can meet electrification promises by avoiding coal and diesel, through [clean alternatives such as] geothermal and solar?” asked Ronquillo-Ballesteros.

To influence such individuals, it’s important to know who influences them, she said.

Until this point, it’s hard to argue that their role model has been Japan, supposedly one of the world’s clean energy champions but whose banks are the biggest funders of coal-fired power plants in Southeast Asia.

But as the likes of Mitsubishi UFJ Financial Group and Sumitomo Mitsui Banking Corporation tighten their climate policies and climate protests gather steam on occasions such as the recent G20 Summit in Osaka, it’s not impossible to imagine them pulling out of coal projects in countries like Vietnam, Indonesia and the Philippines—the most important countries in Southeast Asia’s energy story—in the near future. If, of course, a strong business case is presented for doing so.

What is clear is that the Growald Family Fund needs help to achieve its ambitions. “The problem is so big that we can’t afford to work in silos,” said Ronquillo-Ballesteros. “We see a big opportunity in working with Asian philanthropists and high net-worth individuals to create change together.”

“Yes, we have to keep giving to the poor and those who don’t have access to education. But we want them [Asian philanthropists] to think bigger and better to address the root causes.”