India’s Female Workforce Participation: What We Can Do to Improve It 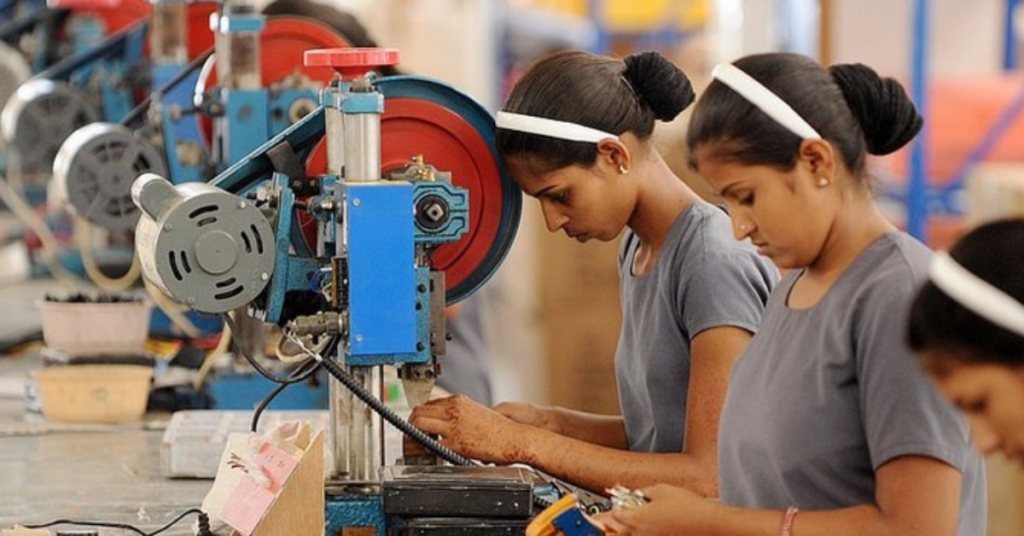 This problem is a region and class-agnostic problem in the country — as per the CMIE data, of the women who work, only 7% are urban dwellers. As per a landmark 2018 McKinsey report, women contribute only 18% to India’s GDP, amongst the lowest in the world. If we move the needle on women’s workforce participation numbers even by 10 percent, India would add significantly to its GDP. It’s hard to imagine India transforming itself into an economic juggernaut without a significant raise in women’s workforce participation rate. The United States’ and China’s female workforce participation numbers are at 56% and 60.5% respectively.Renowned economist Roopa Purushothaman, in her book Bridgital Nation, states that 120 million qualified Indian women, with at least secondary-level education, stay out of the workforce while the industry grapples with a massive shortage of skilled labour. 40 million of these women would prefer to get into the workforce if given a chance.

Today, India’s female education attainment is largely at par with men. But increased educational achievements have not necessarily converted to sustained workforce participation. For example, India graduates the highest percentage of female STEM graduates every year at 43% (AISHE Report), but only 14% of the STEM workforce is female. While dropouts from the workforce after child-birth is a problem due to lack of robust care infrastructure, there is a bigger issue at play here: qualified women missing from the workforce right at the entry-level of the pipeline.

Societal constructs and expectations are at the root of the pipeline problem, along with a lack of access to information, resources, role models, peer networks, and mentorship ecosystems for girls and young women. Early comprehensive programmes that equip girls with skills, resources, information, and toolkits can address some of the challenges. Early development programmes that change mindsets and move the goalpost on what’s aspirational can fix the root of this problem to a meaningful extent.

Globally, platforms such as Girl Scouts and Rebel Girls have been able to capture the imagination of a generation of girls and their parents. They have significantly moved the needle on female ambition and aspiration and actively provide girls with skills, role modelling, and community needed for long-term achievement. We see a huge gap in this headspace in India. And, to bridge this gap, in a country like India, becomes all the more important given the bleak women’s workforce participation numbers.

At Wonder Girls, we believe that aspiration needs to be seeded early on and a shift in mindsets needs to happen sooner than later for the outcome to change over a period of time. We believe that seeding ambition, aspiration, providing access to relatable role models, and practical know-how early on can prepare future generations of girls to get into the workforce with a lot more staying power, and this is what propels our work at Wonder Girls.

Our flagship initiative, the Wonder Girls Student Leaders Fellowship is a 10-week transformational programme, unlike any other programme in India, that nurtures and develops ambitious young girls into confident leaders for tomorrow. Our learning methodology is centred around 4 definitive cornerstones: learning directly from remarkable role models, learning through peer networking, learning through capstone projects, and learning through externships, and these comprehensively designed cornerstones will hold teenage girls in good stead as they progress in their careers. The Fellowship is a paid programme. Please look up the website for more details.

Aparna Piramal Raje is a thought leader on business, design and workplaces. Her first book, Working Out of the Box: 40 Stories of Leading CEOs was published by Penguin Random House in 2015. The book is based on Head Office, her popular monthly column in the Mint newspaper, which features the heads of organizations, and looks at leadership through the lens of workspaces and workstyles. Over 75 CEOs from India and overseas have been profiled in the series to date.

She also writes on urbanization, and has written several series of stories, featuring global thinkers and highlighting solutions to urban challenges, by looking at the intersection of urban planning, market forces and government policy.

Aparna has earlier contributed to the UK’s Financial Times Weekend, a leading global publication, and is regularly invited to address diverse audiences on the subject of business and design. She is a Visiting Faculty Member and on the Board of Studies at the Anant National University, dedicated to study of the built environment, in Ahmedabad.  She also serves as a member of the Advisory group of Maker’s Asylum, a fast-growing makerspace in Mumbai and Delhi and is involved with a non-profit ARMMAN, in the area of technology for maternal and child health.

An advisor to the Wonder Girls movement to enable adolescents to have access to role models, Aparna is committed to supporting gender equity and has previously led professional women’s networks. Former CEO of BP Ergo, one of India’s largest modular office furniture companies, Aparna completed an MBA from Harvard Business School and read Economics, Politics and Philosophy at Oxford University.

Varsha is the Founder of Wonder Girls, a definitive platform for adolescent girls in India to become future leaders. The group’s flagship initiative, the Wonder Girls Student Leaders Fellowship, is the first of it’s kind comprehensive learning programme that nurtures and develops adolescent girls into confident leaders for tomorrow.
Varsha is also the author of the bestselling book, Wonder Girls, which chronicles indepth life journeys of relatable female role models and their career paths. The book has been taught extensively in over 150 classrooms across 5 cities, which later turned into a digital programme centered around female role models. Varsha is extremely passionate about moving the needle on women’s workforce participation in India and unlocking the potential of girls, and this mission drives her everyday.

Supporting Women in Crisis and Conflict: 4 Lessons From Myanmar and Afghanistan