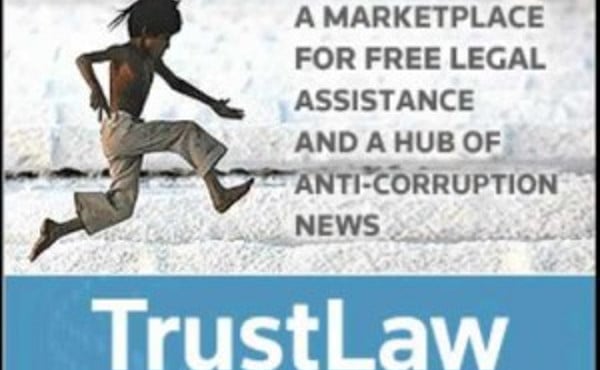 TrustLaw Connect was set up in July 2010 by the Thomson Reuters Foundation in order to encourage top lawyers to work with the best NGOs and social enterprises on a pro bono basis. Dongwei Liu, programme director at Thomson Reuters Foundation and the one managing TrustLaw in Asia, tells AVPN that organisations that dedicate themselves to solving today’s challenging social or environmental issues often find it prohibitively expensive to pay a lawyer to help them with their legal needs.“Issues like drafting a contract, protecting intellectual property, opening an office in a new country, or getting proper advice in labour law and HR issues are often postponed for as long as possible simply because an organisation doesn’t have the resources,” he says. 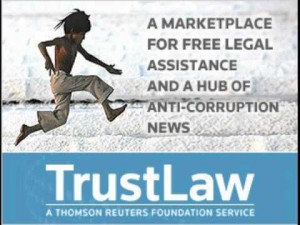 It is in an attempt to address this that Thomson Reuters Foundation decided to launch TrustLaw. Since its launch in 2010, the programme has connected more than 500 teams of lawyers with top charities, NGOs and social enterprises. TrustLaw, which is only one of the services of Thomson Reuters Foundation, is funded primarily by Thomson Reuters and it also gets funding from other sources, from income generating services to institutional donors.The programme has more than 120 Asian organisations in its network, of which more than 50 are from China and Hong Kong, according to Liu. The programme has had projects across Asia in countries such as Singapore, Thailand, China, Hong Kong, Vietnam, Cambodia, India, Indonesia, Japan, Afghanistan, Bangladesh and the Philippines.There are often legal challenges more commonly faced in one jurisdiction over another, and China is one such case. In China and Hong Kong, for instance, TrustLaw has done a lot of work to assist organisations with their contracts or agreements with their partners, members or employees, and setting up and registering the actual organisation. In addition, says Liu, protection of intellectual property rights and assisting with HR issues are also common issues. Other issues that TrustLaw helps with include large scale legal research and comparative study programmes on issues such as transparency, charity law and microfinance regulations among others. “Since Chinese legislation concerning NGOs sometimes lacks clarity, many NGOs are not clear on how to best structure their organization or how to acquire tax-exempt status,” he says.Across Asia, the rise in the number of social enterprises has meant that many governments are looking at how to create a regulatory framework that supports this sector. “In addition to an increased interest in social enterprise, impact investing is also growing in popularity with a number of high profile conferences propelling the sector forwards,” Liu adds.TrustLaw has a robust vetting process that ensures that the social organisations it works with are reputable, transparent and have a strong social impact, Liu says. “Applicants provide references and the vast majority of our social enterprises are referred from one of our 70+ partners, like Ashoka, FYSE, Dasra, Narada Foundation, ECSEL, Give India, etc.,” he says. He adds that the programme’s vetting process also ensures that only the best law firms in each country can offer their assistance through TrustLaw and that each firm is licensed with its respective bar association.TrustLaw tries to ensure that small social enterprises and NGOs receive the same high level of attention from its lawyers as do the larger organisations. “We have a feedback process whereby we check in with both the law firm and the beneficiary organisation to make sure that the project is proceeding smoothly. The benefits to the firms are wide ranging, from ensuring that lawyers are exposed to different sectors and understand different approaches, to demonstrating their engagement in corporate citizenship,” says Liu. He explains that the firms the programme works with understand how important the pro bono projects are to their organisations as well as the communities they live and work in. “In our experience, law firms are as happy to work with both small and large social organisations,” he says.Today, TrustLaw is a community of more than 900 members with some 160 law firms and in house legal teams already working with it; and with more than 600 beneficiary NGOs and social enterprises, ranging from grassroots organisations to large international ones.