Home » Is Social Investment the Future of Smallholder Agriculture in Asia?

Is Social Investment the Future of Smallholder Agriculture in Asia? 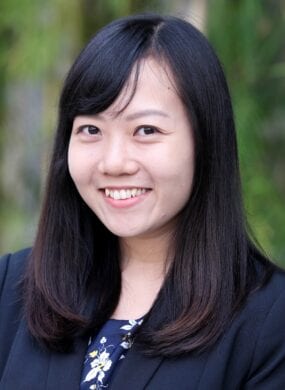 Originally from Vietnam, the world’s second largest rice exporter, agricultural development has been a cause close to my heart. Joining the AVPN Knowledge Centre has opened up a unique opportunity for me to keep abreast of developments in social investment and it is heartening to see that agriculture is the largest sector globally in terms of planned investments according to the Global Impact Investing Network (GIIN)’s 2016 Annual Impact Investor Survey.

Agriculture employs from 35% – 50% of the labour force across developing Asia.[1] However, agricultural share of national output has declined faster than that of employment. By 2040, agricultural share of employment is estimated to remain sizeable at over 20% for most of Asia while agricultural output share will drop to under 20%.[2] Smallholder production is predominant with majority of farmers owning less than 2 hectares of land, rendering them most vulnerable to environmental stress and information asymmetry. Building a robust, sustainable agricultural value chain is thus key to poverty alleviation and growth.

AVPN Member Examples of this Trend:

Paris-based Livelihoods Venture is an ambitious social investor with a triple bottom line. The organization’s Fund for Family Farming, created in 2015 by Danone and Mars, is investing $141 million over the next 10 years in Africa, Asia and Latin America to simultaneously address environmental degradation, climate change and rural poverty. Their current portfolio in Asia includes two projects on mangrove planting and agroforestry in India and one project on mangrove revitalization in Indonesia.

Monsanto is another active social investor in sustainable agriculture in Asia. Monsanto Growth Ventures invests in companies from seed stage through to Series A and beyond in the realms of agricultural productivity, biologicals and digital agriculture.

LGT Impact Ventures, the social investment arm of the Princely Family of Liechtenstein, invests in various agricultural ventures in China, Indonesia, Philippines and Thailand. Shangrila Farms in China, for instance, is a socially responsible natural products company that works closely with farmers. Kakoa and Kennemer Foods improve livelihoods of smallholder cocoa farmers in Indonesia and the Philippines, respectively. Grassroots Innovation and Hilltribe Organics organize and provide direct market access to farmers in Thailand.

East Ventures supports promising start-ups with early-stage seed capital and capacity building via its co-working spaces in Indonesia and Japan. It has been actively investing in Indonesian agtech start-ups including Eragano, Limakilo and iGrow. Eragano aims to improve smallholders’ livelihoods with an end-to-end solution in the form of a mobile app. Limakilo connects farmers directly with consumers focusing on red onions, an Indonesian staple. iGrow is a marketplace for farmers that produce high-quality organic food.

Aavishkaar and Grassroots Business Fund support agribusiness enterprises in India and Indonesia across many sectors including fresh fruits, vegetables, horticulture, cotton and dairy. Evergreen Labs seeks to address food safety in Vietnam by bringing farmers’ produce directly to consumers. It also invests in Skyfarm, a company specializing in designing and installing hydroponics systems and green roofs.

Given such avid enthusiasm about agriculture, social investing is poised to become a key engine for agricultural growth in developing Asia. Synergies abound for various collaborations between governments, aid agencies, civil society, venture philanthropists and social investors. If harnessed well, social investment could unleash innovations that accelerate both rural poverty eradication and environmental protection. Meanwhile, AVPN is partnering with Oxfam and ASEAN CSR Network in a research undertaking that looks at the financing spectrum for small- and medium-sized enterprises in Southeast Asia with a focus on agriculture. Stay tuned!
_____________________________________________

She brings into the role her passion for inclusive and sustainable economic growth and diverse experience in finance, academia and non-profit. Most recently, Anh was a Research Fellow at Lee Kuan Yew School of Public Policy, National University of Singapore (NUS), where she co-authored two books on competitiveness analysis for ASEAN economies, a journal paper on economic development models for Singapore and Malaysia and an editorial opinion on Vietnam for the Strait Times. Prior to that, Anh worked as a Research Intern at the Mekong Institute in Khon Kaen, Thailand, an intergovernmental organization that implements capacity building programs for countries in the Greater Mekong Sub-region. In addition, she had worked at Bloomberg L.P., OCBC and DBS.

Anh holds an MSc in Development Studies from the London School of Economics and Political Science (LSE) and a BA (Hons) in Economics from Nanyang Technological University.